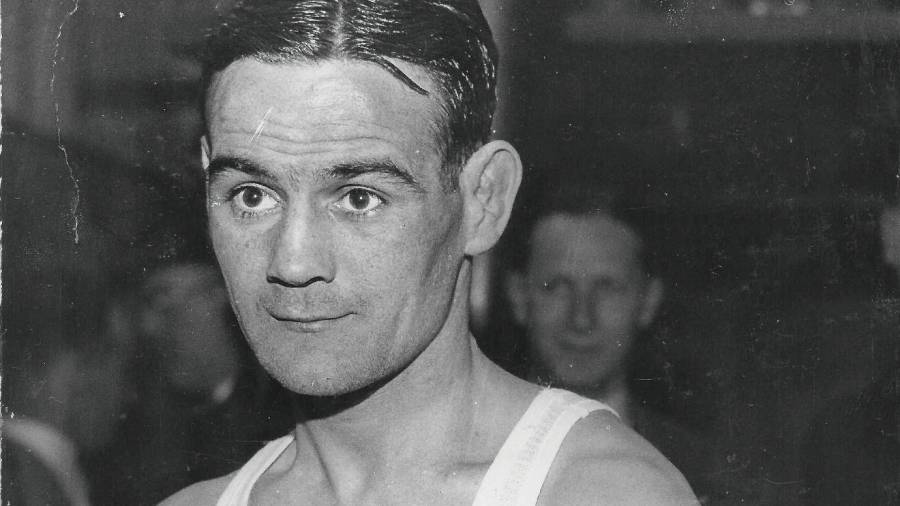 THERE has always been some debate about who was the best of Britain’s two pre-war flyweight world champions: Jimmy Wilde or Benny Lynch? After two early losses as a teenager, Wilde only lost four more times in a long career, and each of these defeats were against world-class fighters. He could punch with venomous force, and he dominated the flyweight division for seven years. Lynch [pictured] lost quite regularly during the very early years of his career between 1931 and 1933, but these defeats taught him a great deal and by 1934 he was virtually unbeatable. His career was plagued by an inability to comfortably make weight and, infamously, by drink. When he beat Jackie Brown for the world title in 1935, he looked sensational, but his demons soon caught up with him and his career became badly derailed and one man, Belfast’s Jimmy Warnock, clearly highlighted the Scotsman’s deficiencies.

Warnock came from a fighting family for there was a cluster of fighters from Belfast with this name during the 1920s and 1930s, including Billy, Freddie and Dave, but Jimmy was by far the best of them. He commenced his career by fighting in the myriad of small hall venues then operating around the city, including the Rialto, the Beresford Club, the Thomas Street Ring and, during the summer, in the open air at Grosvenor Park. By 1935 he had become a bill-topper at the Ulster Hall and the Kings Hall and before the year was out the Ring Magazine rated him in the world’s top 10.

After demolishing Brown, Lynch had fought three non-title fights in his native country, winning them all quite comfortably, and he then travelled across to Belfast to meet Warnock in what was perceived to be another easy contest. The young Scotsman was ‘on the road’, supposedly making easy money by beating young up-and-comers. At the Kings Hall, in front of a crowd of 12,000, including the Northern Ireland Prime Minister and most of his cabinet, he received a great shock when Warnock outboxed him in a sensational fight. BN reported that, “In in-fighting melees Warnock never had anything to learn from Lynch, who found that the Irish star could pepper him at high speed to head and body, all the while ignoring the champion’s punching. Lynch was outspeeded and outboxed by a boy whose all-round equipment was superior”. Whether or not Lynch’s problems with weight proved to be a factor in this contest is not known, but as the match was made at four pounds above the flyweight limit then this should not have been a major factor. The fact is that Lynch was simply inferior on the night.

The two men met again the following year at Parkhead, the home of Glasgow Celtic football club, in a match made at 4 ounces above the flyweight limit. Inevitably, Lynch came in two pounds overweight and paid £150 forfeit, a huge amount of money at that time. Even with this weight advantage he could not master the young Irishman. Some 20,000 people saw Warnock dominate the world champion over the full championship distance of 15 rounds. After an early surprise, when Lynch decked him within the first minute with a clipping right-hander to the point, Warnock never looked back, and BN lamented, “The form of Benny was too bad to be true. Where was all the dynamic attack and terrific hooking which characterised his wins over Jackie Brown and Len Hampston? Where the cleverness that gained victory over Small Montana? No evidence in this contest!”

Lynch’s story is a very sad one and despite his brilliance when he was at his best, he comes second to Jimmy Wilde in my book. As for Jimmy Warnock, his two victories over Lynch were the highlights of his career. He beat some great fighters and earned a lot of money, but Peter Kane proved to be his nemesis. He won 74 of 101 contests and retired in 1948. He was a great little scrapper.