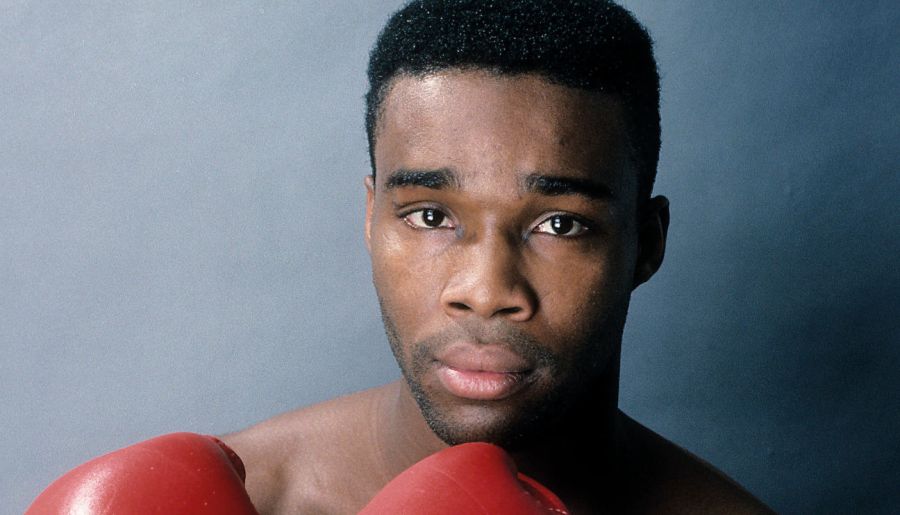 Michael Nunn spent 16 years in prison for his part in a $200 drug deal. He’s trying to make the most of the time he has left, writes Chris Walker

THERE is no bitterness in Michael Nunn. He’s a free man after spending 16 long years in various American prisons. Caught buying cocaine for $200 from an undercover agent at a time when Lennox Lewis was still the world heavyweight champion, his sentence totalled only two years less than his entire boxing career. Nunn, to his credit, blames no one but himself.

“My mistakes fall only on me so I deserved my punishment,” states Nunn.

His path to self-destruction is not the familiar tale of woe. There was no difficult childhood, no lack of support from his family and friends. Loved and nurtured by his late mother in Davenport, Iowa, Nunn felt blessed as he took his first steps to becoming the midwestern state’s only world boxing champion.

An Olympic hopeful as an amateur, Nunn – the winner of three Iowa Golden Gloves championships – failed to qualify for the 1984 Games after losing in the trials to eventual silver medallist and future Hall of Famer, Virgil Hill. When not competing, Nunn would spend summers in Detroit when Emanuel Steward’s Kronk Gym was to boxing what Studio 54 was to the thriving New York disco scene. His education paid off when he won world titles in two weight classes as a professional. But the man and champion he became counted for nothing when he was busted in the summer of 2002.

“It was a mistake and there’s no one to blame but myself,” Nunn tells Boxing News. “I was raised right, both at home and through my boxing career, but that still didn’t stop me from making silly mistakes in my life.

“It was so long ago now that I can’t even begin to remember what my reasons were for getting involved in stuff like that, but it’s all down to myself and I ain’t got no issue admitting that it hurts to let down the amount of people in my life that went out of their way, who sacrificed their own time, in trying to make me be the best that I could be.”

Despite his name not registering with the modern boxing fan the way Roy Jones Jnr or Bernard Hopkins do, Nunn was at one time held in similar regard to the fighters that would dominate the 160lbs division throughout the 1990s. Approaching that decade, Nunn became IBF champion by stopping former amateur rival, Frank Tate. His reign, which began in the summer of 1988, lasted less than three years but Nunn – then regarded as one of the very best in the sport, pound-for-pound – secured the scalps of top fighters like Iran Barkley, Marlon Starling, Sumbu Kalambay and Donald Curry along the way.

In what was supposed to be a triumphant May 1991 homecoming, Nunn – seemingly coasting to victory – was hurt in the 11th round by a young James Toney and he never recovered. Although dominant against the Michigan man for much of the bout, Nunn unravelled when Toney finally found the shot to dramatically change the course of the fight. His streak as the world’s best middleweight was over.

If Nunn speaks of his crime and punishment with matter-of-fact realism, there is some regret when he looks back on that period of his boxing career. Two names in particular got away.

“I wanted Sugar Ray [Leonard] or Tommy Hearns,” recalls Nunn. “They were the big money fights for any middleweight at the time and I thought I was one of the fighters who would’ve gotten an opportunity to put myself against both guys.

“I knew Tommy a lot from my time in Detroit with him and Emanuel Steward, and we would’ve put on a good show for the people. It’s the same with Leonard, another brilliant fighter, but I was coming up when they were perhaps heading out. The Goossen family looked after me then and they did all they could to get those two fights made. I would’ve won and I would’ve got paid.”

After the loss to Toney, 168lbs beckoned for Michael. Once again he was crowned world champion, this time winning the WBA title, courtesy of a tight points win over Panama’s Victor Cordoba in September 1992.

Nunn enjoyed a solid but unspectacular reign with wins over respected campaigners such as Crawford Ashley and Merqui Sosa. His run was ended by the finest margin when he endured a split decision loss two years later to Steve Little in a scrappy bout on the Nigel Benn-Henry

Wharton undercard in London. It would be the last time that Nunn could call himself a world champion. His career, though far from over, started to slowly decline.

He would lose to Frankie Liles (who had dethroned Little) in a bid to regain his title and came up short on the cards again in 1998 after a decent run of form at light-heavyweight secured a shot at Graciano Rocchigiani for the vacant WBC belt in Germany. The next time his name made the headlines it would be for all the wrong reasons.

Sentenced to a staggering 24 years in prison following an undercover sting designed to expose drug trafficking dating back to 1993, Nunn’s harsh punishment was widely lambasted at the time of his sentencing in 2004. Back then the fighter insisted the witnesses who testified against him were prisoners who did so just to get their own sentences reduced. Nunn refused to comply in the same way.

“When the police and the government got you sat down then you best have something to tell them,” Nunn explains. “I wasn’t going to go out that way [as an informant]. I’ve always been true to myself and I’ve always held myself accountable for my actions. The fact I was in there with these people and just decided to keep my mouth shut was never going to work out well for me.

“It wasn’t the sentence I expected but I’ve always had to learn quickly to deal with whatever is thrown at me. My mistake was my mistake and it was only myself who was going to deal with the consequences from it.”

Positioned in jail and an environment completely alien to him, Nunn the prisoner was far removed from “Second To” Nunn, the flashy left-hander who had lit up the fight halls of Las Vegas and Atlantic City. The man who had knocked out the seemingly unstoppable Kalambay, who had elevated Toney to the sport’s highest echelon, was walled in with the some of the most dangerous criminals in America.

“It made no difference to anyone inside jail that I was Michael Nunn,” he says. “I’m six-feet-one, 180lbs, and I know how to fight so I liked my chances if trouble ever presented itself. Jail is a dangerous place and you can find yourself in a mess just spending a weekend in there so can you imagine the stuff I had to put up with being in there for 16 years?

“Okay, my fighting [skills] helped me out when I was inside prison when I had to take care of problems that would sometimes come my way, but that still doesn’t mean that I couldn’t be got at. Most of my time in there went by event-free, and I just wanted to concentrate on my time, but the sooner you accept your sentence then it becomes that little bit easier.

With political reforms allowing Nunn to appeal his sentence, he secured an early release in August 2019. In 2020, Nunn participated in a kickboxing fight at the age of 57 and was victorious against former MMA star, Pat Mileitch. Despite his advancing years, Nunn is considering a comeback of sorts after the success of the recent Mike Tyson v Roy Jones exhibition and subsequent talk of a Legends’ League.

“I’m not hurting anybody, not even myself. I’m not a deluded fighter who thinks I can hang with these younger guys. No way. There looks like there could be a market out there for ex-fighters like you seen with Tyson and Jones so if an opportunity is there for me then I’d be crazy not to look at it. It was only the other day I was the on the phone to Tommy Hearns [about a contest]. Maybe you will finally get to see that fight after all.”

Nunn never stopped being a fighter. Although prison temporarily took that tag away from him, one can’t blame him for desperately wanting it back.

BENN AND EUBANK
Nunn on the other fighters that got away

“I fought in a time where the UK fighters had something of a name in America. The guys around my weight were Chris Eubank and Nigel Benn, and American fighters were very aware about the kind of business they were doing in the UK.

“I came over to the UK a few times and always had a great time when I was there but coming over for a fight with Eubank or Benn would’ve been a dream for me. The UK had some of the best fans in boxing and I wish I could’ve come over to test myself against the best guys there. I love the UK and they still got some of the best fighters today.”