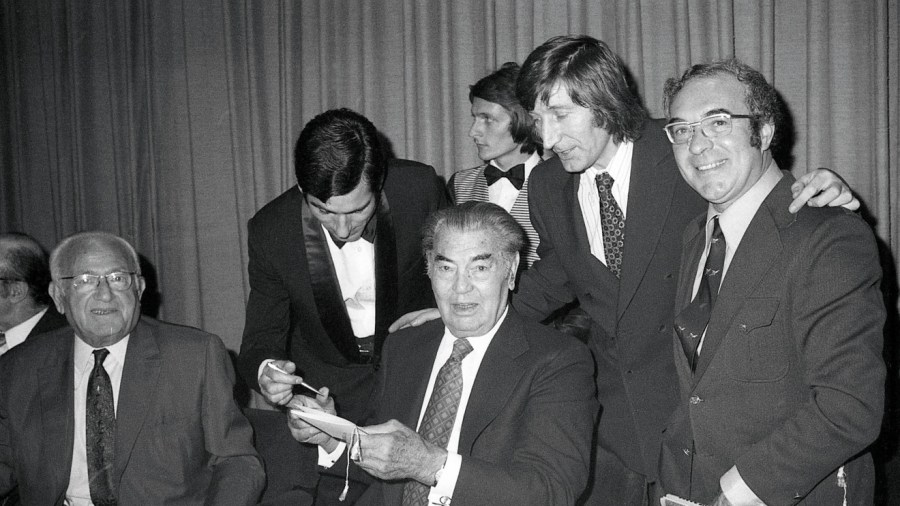 Derek Rowe has had lunch with Muhammad Ali, chauffeured Henry Cooper, drunk tea with Ted Kid Lewis and been thrown out of clubs with Terry Downes. In his own words, the veteran photographer recounts a lifetime in boxing

AS a kid, I boxed in the Schoolboys. I started when I was about eight years old – in the early 1940s. I used to box for a club called the Bradfield Boys’ Club, then I left there and joined the Fisher. I eventually ended up being on the management committee at the Fisher, putting on the shows with Bernard Hart and Tim Riley. Bernard started the Lonsdale brand and Tim was the editor of Boxing News.

At 14 I joined the News Chronicle and The Star in Fleet Street. I did a photographic apprenticeship in the darkrooms. I was doing all the news stories – crime, fashion, a bit of everything. After a while I moved over to sports photography. I specialised in boxing, but I couldn’t just live off that. I did football on a Saturday afternoon, athletics in the summer – all sports.

Fleet Street was where I got to know Tim Riley, which is how I started photographing for Boxing News later on. Tim needed a photographer, so I came on board. I wasn’t staff – I was freelance – but for a time I was the only photographer that Boxing News used. I used to cover all the shows. I covered Muhammad Ali at venues like Madison Square Garden. I went to Las Vegas many times – especially when there was a British boxer involved. When the likes of John H. Stracey, Joe Bugner and John Conteh were fighting over in the States, I’d be out there.

When Boxing News was sold to another publisher, Bernard Hart and I set up a freebie paper called Boxing World, which ran for a few years. Tim Riley was the editor. Bernard and I also used to promote our own shows at Manor Place Baths and Elephant and Castle Leisure Centre, along with Dennie Mancini. And I’d put on monthly dinner shows at the Royal Garden Hotel. I also set up another freebie paper with Bernard called Sport & Showbiz, and I set up my own photography company – Derek Rowe (Photos) Ltd. I used to go round the gyms, photographing all the fighters.

I got to know the boxers well from going to the gyms. I was great mates with John Conteh and Alan Minter. When the likes of Conteh, Minter, Barry McGuigan, Duke McKenzie and Charlie Magri won their world titles, they’d come up to me at the gym and say, ‘Del, you couldn’t do some studio shots of me with the belt could you?’ So I’d take them to the studio and do it properly for them – with nice lighting and a nice background. I never ever charged them. My studio was in Marshalsea Road in Southwark, then I later moved to Pope Street by Tower Bridge.

I’ve got so many great memories. I was very good friends with the Coopers. I photographed Henry’s wedding and George’s wedding, as well as their kids’ Communions. When I was living in New Eltham I was only a five-minute walk from their manager’s house – Jim Wicks. After Henry’s fights, I used to take him straight round to Guy’s Hospital so he could get checked out. He’d always stay in a private wing at Guy’s Hospital after a fight. The next morning, I’d pick Jim up and we’d go to the hospital and fetch Henry.

One of the fighters I liked most was Ted Kid Lewis. After he was long retired, I used to go round his house a lot and have a cup of tea and reminisce with him. He lived by Lords Cricket Ground. If I was ever up that way I’d always pop in and see Ted. He was the nicest guy you could meet.

One of my pictures that I love the most is of Ted. It was at a ceremony where he was being presented with a silver plate by Terry Downes. Now Ted was a very emotional and sentimental guy, so whenever you did something like that for Ted, he’d cry – tears would be rolling down his face. He was a lovely, lovely man. I was good mates with Terry and he was a hard, hard man. We got barred from so many clubs, Terry and I! He was strong and tough – he didn’t give a f**k about anyone. So as Terry was doing the presentation, a tear came down Ted’s face, and there’s Terry, hard as nails, wiping the tear from Ted’s eye. That’s a picture I love.

Another picture that brings back special memories is one I took of Ali when he was in London. He was training at White City, so I went down there to take some pictures. I was involved with Lonsdale at the time and we wanted to get some pictures of him wearing the gear. So I took some fresh Lonsdale shorts and got some pictures of Ali wearing them. We got talking and I got friendly with him. As he didn’t really know anybody over here, I offered to take him out for lunch. So we went for something to eat at the top of the GPO Tower – just the two of us. I took a picture of him at the top of the tower, looking out over London.

I retired when I was 60 – I’m 87 now – but I still go along to all the ex-boxers associations and take pictures for them at their meetings, whether it’s Brighton, Hastings, London, Essex or Home Counties. I still enjoy it after all these years.