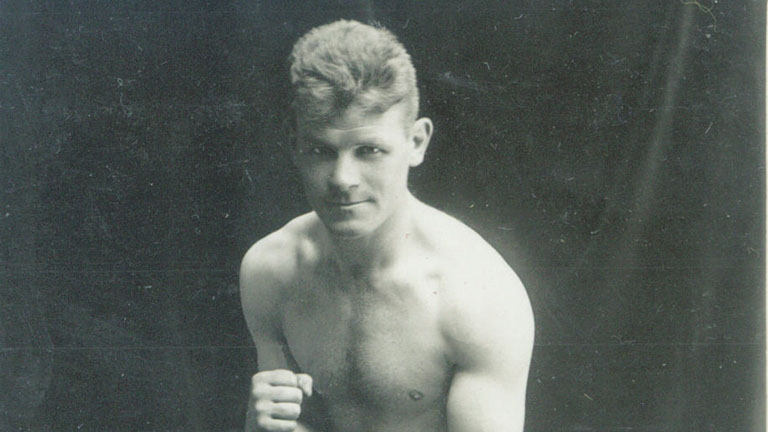 REGULAR readers will know that I do like to unearth some of the more obscure aspects of British boxing history when writing these articles. Back in 1922 an attempt was made to form a boxing league, where teams of boxers from individual towns and villages within the South Wales coalfield would compete against each other, and after all of the bouts had been completed a judge would award the points, not to the boxers, but to the town. This idea sounds crazy now, of course, but 98 years ago South Wales was a very active boxing centre, with hundreds of boxers, and the formation of this league was an attempt to innovate and to perhaps replicate the traditional rivalry that naturally existed between these places on the rugby field.

The man behind the scheme was Teddy Lewis of Pontypridd. Lewis had a good name in Welsh boxing and, prior to the establishment of the Welsh Area Council later in the 1920s, he also seems to have been responsible for selecting the challengers for the Welsh title. He had an ally in the boxing correspondent for the South Wales Echo. This correspondent had a great job, for the Echo dedicated a large amount of space to boxing, and he had virtually an entire page to fill on most days of the week.

With a fanfare of publicity, the first fixtures were announced in September 1922. The rules were simple, six bouts were to take place between boxers from the two towns, each over four two-minute rounds. The contests would not be scored individually, and a boxer could not therefore win the bout unless by stoppage or disqualification, and a judge would attend to watch the contests and then divvy up the six points to the two towns depending on how he thought the bouts had gone. It was also stipulated that the maximum weight of all six boxers should not exceed 50 stone. All the contests would therefore have been at flyweight or bantamweight and this says a lot about the age and experience of the competitors – they would all have been young lads at the start of their careers.

There were 14 towns and villages in the league and included among the first fixtures were Trealaw v Pontypridd, Treorchy v Treharris and Ynyshir v Mountain Ash. At first things went quite well, with the matches taking place quite regularly. Very soon the established promoters started to complain about the league, arguing that because the admission prices were quite low, they could not compete. A top-of-the-bill 15-rounder at the time would have cost a promoter around £15, and this was the staple fare on the regular events held every week across South Wales. Paying 12 lads to box four rounds would have cost a great deal less, and so the promoters had a point.

They need not have worried, for very soon cracks began to open with the arrangements that the league had established. When the Pontypridd boxers missed their train for one of their matches, they arrived late to find that the judge had gone home, and the boxing was cancelled. Other teams fell behind with their fixtures and within a few months, when the first league table was published, it showed that, although Trealaw, Treorchy and Ferndale topped the league, other places further down in the table had not completed most of their fixtures. By early 1923 little mention of the league could be found in the Echo, and I suspect that the correspondent had started to see that the idea was not a good one, and he was withdrawing his interest.

Despite its failure the league did spawn some decent talent and some of the boxers who competed went on to have excellent professional careers. Two of them, Tommy John [pictured above] of Pentre, and Ernie “Red” Pullen of Mountain Ash, would go on to have nearly 500 pro contests between them.