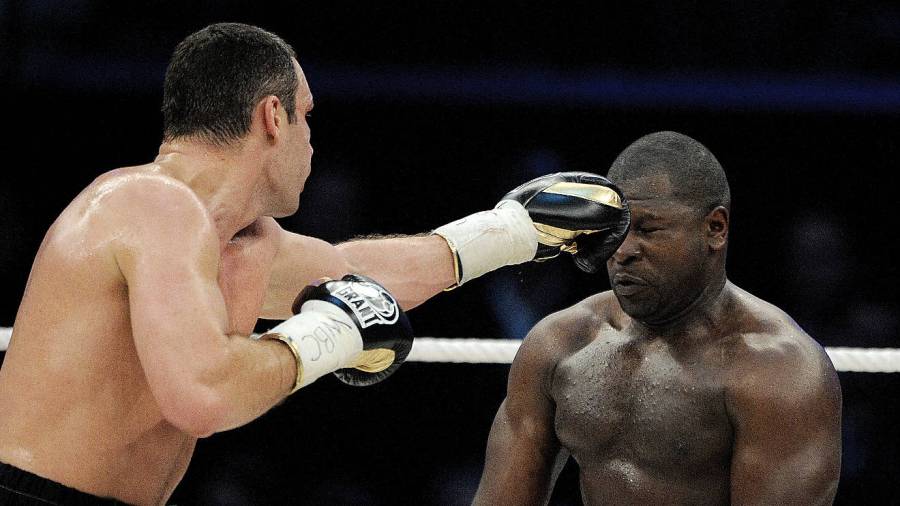 Kevin Johnson and Jordan Grannum are in the same business, both craftsman in the ring, but very different men – both are in danger of one day being extinct. Steve Bunce on the role of the journeyman

JORDAN GRANNUM once had a conversation with me during a four-round fight. He lost, we talked. No sweat for the brand new centurion.
And, yes, he could have been a contender. The big American, Kevin Johnson, was once a contender and will, hopefully, never get to 100 fights. He is stuck at 54 now and is perhaps the greatest modern and traditional journeyman. Grannum and Johnson are two very different boxing beasts, both under threat and both at the core of our business.

There was a Saturday night in Leicester in 2019 when Johnson delivered his long-forgotten and neglected trade. Big Kev had been testing fighters in a dozen countries during a boxing life spent dodging the hurt. It’s important to remember that.

Johnson was that night, I said on air, the last of the great American heavyweight survivors, a real journeyman, a species once in demand and plentiful. A sad decline in standards, and a growing reliance on cheap Eastern European labour, had hurt the conveyor belt of hard American journeymen. Kevin Johnson was the last man standing from a breed apart.

Johnson was unbeaten in his first 23 fights; Granum won two of his first 23. They are not the same, trust me.

Big Kev said he was 39 that night in Leicester. He probably was, but many of the visiting Americans in the Seventies and Eighties, especially the big lumps, came with history, mystery and a trainer in cowboy boots. Levi’s could have been a sponsor, there was so much denim in the corners of the travelling journeymen. I swear, several coaches had cowboy hats on under the lights at the Royal Albert Hall when they sponged-down their fighter for another round of beating and mauling from Joe Bugner, Gary Mason or Frank Bruno.

Mickey Duff always seemed to find Mexicans who had boxed with their nine brothers and sold chewing gum on the street since they were six. The American heavyweights had all been the penitentiary champion of Texas during their 10-year sentence for armed robbery or cold-blooded murder.

That is the ancient business Johnson was part of when he entered the ring that night in Leicester. A relic, but not an old man just yet.
In the opposite corner was Nathan Gorman, still unbeaten and looking younger than ever; men like Johnson never fall for appearances. Gorman, like so many before him, biffed and bashed away at Johnson, often hitting nothing more substantial than arms and air. Johnson had inherited the skills of the American boxers from the rings at the Royal Albert Hall and Wembley several decades earlier.

Gorman won clearly, not really losing a round; just six months earlier, Daniel Dubois had walked the same route against Johnson. The American never won a round, but he never really lost a round. Ringside, I could hear Big Kev’s advice during the clinches he forced, controlled and used as breathers; his post-fight interview and thoughts are best left unsaid. Johnson tells you when he is not impressed. It can be harsh.

Big Kev lost that night, smiled as he left ringside, collected his few belongings, headed for the bar at another inner-city hotel and then left for an early morning flight back to America. It’s a routine and it can pay well.

“It ain’t no big thing,” Johnson told me that night. “He was just another unbeaten fighter needs to learn and that’s what I do: I teach.”

Gorman understands the art and he knew just how much Johnson knew. “He can fight, make no mistake. Don’t look at the defeats – he can fight,” he said.

Most of the men nicking a win over four rounds against Grannum are totally unaware of his skills. His fights are just 12-minute business transactions; he floats, he blocks, he holds and he loses. Next night, please. He once told me that he could see the fear in the face of his opponent’s girlfriend at ringside and he was scared that the kid might walk into a shot and get knocked out. That, my friend, is a man in control of his business.

Did I mention that Johnson’s first loss was in a world title fight with the Ukraine hero, Vitali Klitschko. He lost, went the full 12 and changed his ways. He lost seven of his next 15; Johnson the journeyman was born, losing on points to Tyson Fury, Derek Chisora and Kubrat Pulev in that run, but getting stopped in two by Anthony Joshua.

Johnson went to Switzerland in 2009 to fight Klitschko for the WBC heavyweight title. Klitschko had stopped, bludgeoned, broken and knocked out 10 men in his previous 10 wins. Johnson took Klitschko the full 12 rounds. “You see, I had no fear of Vitali and he knew it,” said Johnson.

Johnson is the custodian of the ancient art of journeyman boxing, the ghost of the great men that taught the finest heavyweights in history how to be real boxers. It is a transition that can only be made in the ring and not by hitting punchbags with two legs in endless and repetitive sparring.
Johnson turned pro after just 16 amateur fights, 18-months in prison and a rough education in the boxing gyms of Baltimore. He had no backing, no sponsors on his shorts, he was just a felon with handy fists and he had no real future at the start of his career; in his fourth fight he was thrown in to lose, but drew with unbeaten Uzbekistan Olympian, Timur Ibragimov, a fighter with connections, promises and understandable dreams.

“I had some issues back then, some battles to win – I never really thought that much of myself,” admits Johnson. Others disagreed and Manny Steward declared Johnson’s jab “the fastest since Larry Holmes.” Steward used Johnson in Klitschko camps.

I have been at the back of the hall when Grannum opens up and from a distance it is hard to tell that he is about to lose for the 69th or 81st time. The line is thin and quality losers keep it blurred.

As Johnson mastered his survival art, his opponents often ran out of steam and ideas. The Joshua stoppage was odd; Johnson praised Joshua, but insisted after the loss that Fury was a better fighter; that is not what you want to hear live.

“I know what my role is, but I’m not here to lose – I never come to lose. I have to push these guys, make them work, make them think,” said Johnson before losing to Gorman.

During the past seven years, Grannum has known what his role is. Each week it seems, Grannum shares his knowledge with a novice. Johnson, who is now 42, has not fought since last summer when he went the full 12 with 20-0 Agit Kabayel; Jordan’s 100th opponent was Billy Stanbury, having just his third fight. Same ancient traditions, different levels.

Johnson and Grannum are in the same business, both craftsman in the ring, but very different men – both are in danger of one day being extinct.