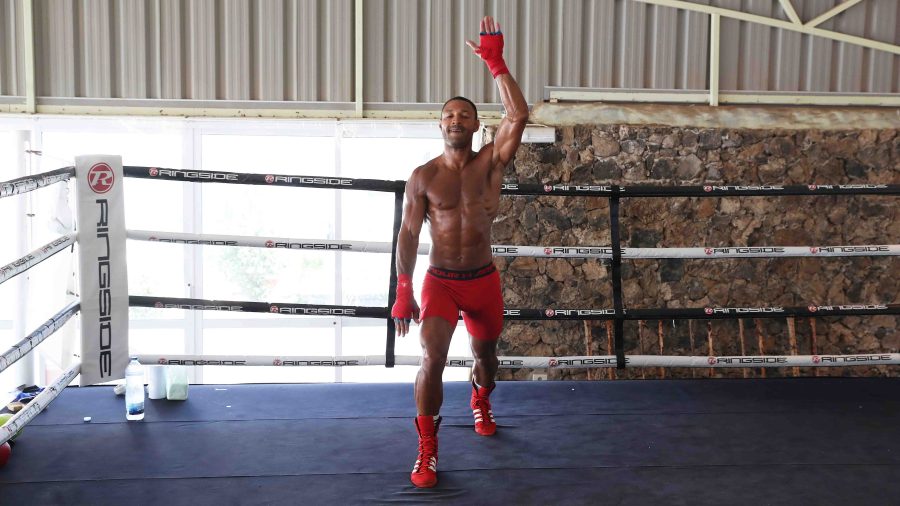 John Dennen on why boxing matters

IN some regards 2016 has been a grim year. There have been grave injuries sustained in high-profile professional fights, a broadly visible reminder of the risks boxers sometimes run. But it’s worth highlighting the benefits the sport brings.

Dr. Mike Loosemore, the leading medical expert when it comes to boxing, points out that such accidents in this sport happen “very, very rarely”.

“It makes me confident and happy to continue to work in the sport as a doctor,” he said. “I don’t work in pro boxing but I think boxing is a fantastic sport for people. The health benefits far outweigh any physical downside.

“In a time when obesity is going through the roof it teaches people how to maintain weight, how to get to a certain weight, to understand how weight works. It stops young men and women drinking, it stops them smoking because if you’re going to go in the ring and you’re not fit, you’re going to get hit and when you get hit, it hurts. You’re not going to do that.”

He also pointed to the social benefits of the sport. “All of society now is based on how many pieces of paper you can get and how many exams you can get,” he reasoned. “Two hundred years ago that wouldn’t perhaps have been so useful. If we were physically strong and we were brave and we could fight with our hands or fight in an open combat situation, we would have been extremely valuable to society and we would have been well rewarded.”

“It helps give people who are looking for direction something they can do and be good at. I think it’s a really important sport. I think it’s a very, very important sport in society in general. I think it’s a particularly important sport in areas that other sports don’t reach. Not everybody in Whitechapel can go rowing or do three day eventing or sail a laser or go shooting. Boxing is ideally suited to that situation. I think it’s very good for people and I think it’s very good for society and I think that’s the area boxing should emphasise. The trouble is that people don’t understand, people in power. Because boxing has been taken out of schools and has been taken out of public schools, people in power don’t understand boxing. They understand rugby because they’ve played it and they understand horseriding because they’ve played it. But playing rugby and horseriding are both very dangerous sports… The trouble with boxing is they look at it from the outside and they see people hitting each other and they think that must be a bad thing. When in fact it’s actually a very good thing for society.”

That outlook is starting to change in some quarters. MP Charlotte Leslie heads an All Party Parliamentary Group for Boxing. Its projects include currently campaigning for non-contact boxing to help offenders in prison. They’re looking for volunteers, who have had a criminal conviction in the past and are now involved in boxing, to enter a survey. That will form a sample group to demonstrate whether or not taking part in boxing does reduce the risk of re-offending. (Email charlotte.leslie.mp@parliament.uk to take part or find out more information).

“It’s just the chance of whether boxing intervenes in someone’s life or not and they have the chance to get involved in it which decides whether they’re an Olympic medal winner or in prison,” Leslie said. “If you look at how much boxing clubs cost to run, it’s minimal compared to the amount of money we’re spending on trying to rectify these issues further on down the line… You speak anecdotally to people who are helping rehabilitate naughty kids and stuff and they’re not getting paid for it, because it’s all a bit difficult to refer people to boxing clubs because it’s a bit frowned on and if someone in the local authority doesn’t like it they tend not to commission anything to do with boxing and all this. So you’ve got these clubs that are providing a service for the state in turning around kids’ lives but aren’t getting paid for it, sometimes they have to close down because they can’t raise 25k a year to keep the lights on in the club when actually that’s been the kind of money that the state spends in trying to rehabilitate one individual.”

“What do human beings need to be happy? They need a sense of identity – who am I? A sense of purpose – what am I here for? And a sense of community – who am I with? And if kids are not given that through mainstream society, through school, they feel ostracised, they’ll find that somewhere else. So if a gang says, ‘You are for this and you are with us’, they go there and I think that’s one of the pulls of extremism,” she continued. “But that’s exactly what boxing clubs provide. So for kids who haven’t got any of those things, the boxing club is there. They are themselves, they are a boxer. They are there to be part of the club, win competitions or just become a better boxer, and their community is their boxing club.

“It gives them all those things that perhaps they haven’t had in their lives. Boxing clubs provide them with identity, community and purpose.”