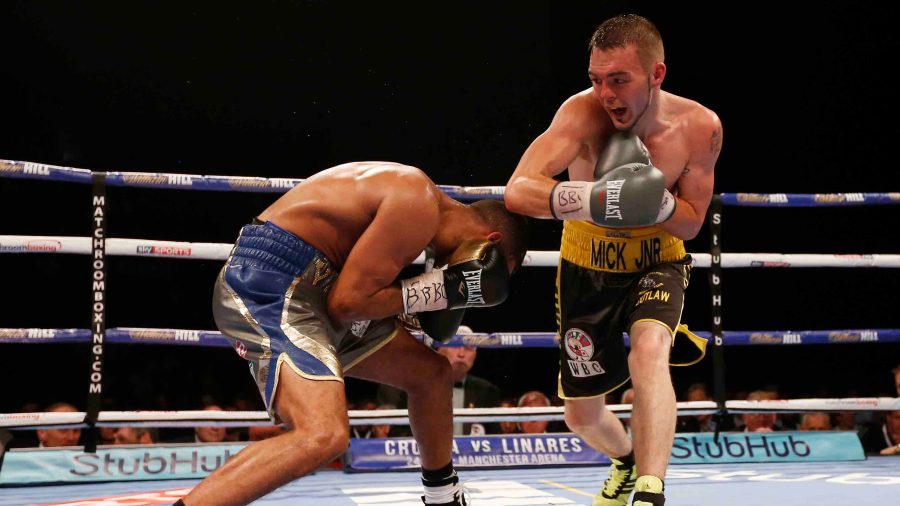 Five British boxers who turned their fortunes around this year

THE impressive exploits of the likes of Anthony Joshua and Billy Joe Saunders in 2017 have been well documented, but there are various other – less celebrated – British boxers who have enjoyed strong campaigns this year. Here, we pick out five Brits who have flown under the radar, yet deserve mentions for turning their fortunes around and notching vastly improved performances and results.

In November last year, the Lightwater light-heavyweight had his perfect record snapped in devastating fashion by JJ McDonagh. Following this crushing first-round stoppage defeat, Ball desperately needed to bounce back in 2017, and the towering southpaw did not disappoint. The 25-year-old recorded four wins out of four this year, including 10-round points victories over testing opponents in Joe Sherriff and Miles Shinkwin.

This super-welter stylist dropped a hotly debated points verdict to Arthur Hermann over 10 in April 2016. At the start of this year, the Reading man was intent on making sure that the Hermann loss remained the only setback of his career so far, and the 28-year-old achieved just that. Byfield scored a hat-trick of stoppage wins during this campaign, including two in Southern Area title defences. His most impressive triumph came against the highly touted and previously unbeaten Sammy McNess, whom he halted in five.

After being unanimously outpointed by Lee Markham in a crack at the vacant English middleweight strap in May 2016, Brentwood’s “Smokin Joe” had an opportunity to exact revenge in a rematch just over a year later. This time Mullender got the better of Markham, earning a split decision, as well as the English crown. A dominant 11th-round stoppage of Lee Churcher rounded off a productive year for the 31-year-old.

The Bristol-based 27-year-old entered 2017 with a 7-8-2 record, but finished the year with an 11-8-2 ledger, as well as the Commonwealth super-bantamweight belt wrapped around his waist. After becoming the first man to defeat Thomas Kindon, Lane secured two further points victories over six, before a unanimous points success over Michael Ramabeletsa saw him net the vacant Commonwealth title.

In four previous attempts at claiming British or Commonwealth honours, the gritty 29-year-old from Barnsley had proved unsuccessful. However, Wale’s luck changed in 2017. The “Outlaw” kicked off the year by picking up the vacant English bantamweight strap following a split points win over Ramesh Ahmadi. The best was yet to come, though, as a unanimous verdict victory against Jamie Wilson brought him the vacant British bantam crown. Wale retained his coveted Lonsdale Belt in style in his first defence by knocking out the always-tricky Don Broadhurst in the 11th round.