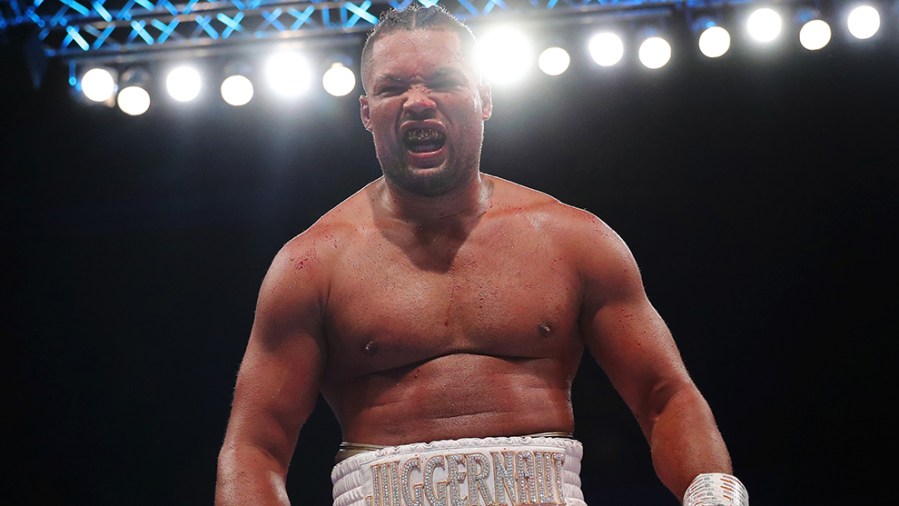 It's hard to say whether Joe Joyce is a marked man or a man to be avoided at this stage, but it's these five heavyweights the "Juggernaut" should be targeting, writes Elliot Worsell

THERE is a moment in the 1971 film Wake in Fright when the protagonist, John Grant, is effectively asked by a local police officer why he ended up (a) drinking himself into oblivion (b) hunting kangaroo (c) having sex with a character played by Donald Pleasence and (d) sticking around in Bundanyabba (“the Yabba”) for much longer than he intended. The question was posed like this: “What went wrong?” Grant’s answer, meanwhile, was this: “I got involved.”

That particular scene came to mind on Saturday night (September 24) following Joe Joyce’s stoppage of Joseph Parker in 11 rounds and, on reflection, it’s easy to see why. Watching Parker, the New Zealander, gracefully accept defeat to Joyce, I couldn’t help thinking at the fight’s conclusion that his response to the aforementioned question would have been the same: “I got involved.”

He, after all, like the schoolteacher in Wake in Fright, arrived in Manchester with a different plan, not knowing he was in too deep until it was too late. He also believed he had the measure of his situation only to realise that with a combination of pressure and malevolence every situation, whether in a ring or a backwards Australian mining town, is liable to change in an instant.

Now, with Parker thankfully on the mend, and Joyce suddenly a marked (or perhaps avoided) man, the question today is this: Who on earth would want to go through what Parker experienced on Saturday night in Manchester? Moreover, who can see the fun in fighting Joe Joyce, this 6’6 heavyweight who seems to have made an artform of simplicity and singlemindedness?

At first, around the time when he turned pro, the answer to the Joe Joyce conundrum appeared obvious. You go either around him or through him to get what you want and, whichever approach you choose, you stick with it and you mean it. However, as time has passed, and as Joyce has admirably gone from strength to strength, the details of this so-called blueprint or masterplan have become blurred and therefore increasingly difficult to read. To go around him all of a sudden seems a task almost impossible, given it would require a dance you would have to somehow sustain for 36 minutes, while to go through him, the seemingly easier of the two options, now looks a task only Deontay Wilder, arguably the heaviest puncher in the world, has any chance of pulling off.

For Joyce, this indecision and uncertainty is a beautiful thing to behold. It is a testament to not only his attributes – that is, toughness and an ability to appear the same in the last round as he does in the first – but also his rate of improvement, for a lot of what he is now doing in 12-rounders against contenders is stuff many critics said he would never be able to do when, at the start of his pro career, they were too busy cracking jokes about his lack of speed, head movement and intelligence to pay attention.

It is Joyce, then, who appears set to now have the last laugh. Not only that, he will be laughing in the face of confusion, which is a look worn by more and more of his opponents as time goes on. Some still try to go around, others still try to go through, but in the end, so far anyway, they all invariably finish in the same position, wearing the same expression, wondering not how to beat the “Juggernaut” but instead how to get home.

Next to try, hopefully, will be one of the following:

Not too long ago the thought of Deontay Wilder’s right hand colliding with the exposed jaw of Joe Joyce seemed a sight that should probably have its own watershed, or perhaps not be broadcast at all. So scary was the idea, most didn’t want to see the fight for Joyce’s own good, and only the real boxing perverts, those who love nothing more than seeing big, half-naked men drop to their knees, were actively pushing for it to happen.

Now, however, given all we know about Joyce, and given the rebuilding process currently being undertaken by Wilder, the intrigue surrounding this fight has been renewed, with the reason for it less unseemly. Now people want to see this fight because they believe if anyone can take Wilder’s right hand it will be Joe Joyce. Equally, there are just as many people who believe if anything can make a dent in Joe Joyce it will be Wilder’s right hand, as powerful a shot as any boxer throws today.

Whatever the angle one takes, there can be no doubt: this fight makes sense and throws up all sorts of possibilities. Wilder, super dangerous early, will get his moments and his openings and will likely never find a fighter as easy to hit as Joyce, yet, on the other hand, Joyce will know, having watched Wilder collapse under the pressure of Fury, that he will be sharing the ring with a man who doesn’t fight hard over 12 rounds and, moreover, has already been broken in his career.

For as easy as it is to get carried away following a win like Joyce’s over Parker, the resulting hype can become disrespectful when a champion like Usyk is dragged into the conversation and denigrated in order to further boost an up-and-coming fighter’s growing reputation. It doesn’t need to be this way, either. Both, after all, are thriving in their own right (coming off great wins) and both, it would seem, bring their own distinct and dangerous attributes to any potential fight between them.

Polar opposites, Usyk is as smooth as Joyce is rough and the clash in styles this fight would present would be something to behold, no different than when they met as amateurs in 2013 (in the World Series of Boxing). They boxed over five rounds that night and Usyk came away with his hand raised, yet he more than anyone will know that five rounds in the company of a fighter like Joe Joyce does not exactly constitute a fight.

As pros, should they one day meet, he will understand why that amateur bout means very little. It won’t be irrelevant, for Usyk still showed an ability to figure out Joyce during the time they spent together in the ring, but what’s clear is this: there is arguably no heavyweight in the world better suited to a 12-round fight than Joe Joyce.

While it’s hard to imagine anyone getting the better of Tyson Fury right now, it’s also hard to see Tyson Fury purposely going out of his way to spend 12 rounds in a ring with Joe Joyce anytime soon. Sure, Fury, of all the heavyweights out there, would appear best equipped to navigate his way through what seems a torrid experience, yet, even so, when there are easier fights to make and softer chins to hit, why would he want to risk all he has against someone who appears to have no awareness of what it feels like to be hurt?

Still, hopefully one day the fight does happen, and sooner rather than later, too. Because if it does, the prospect of Joyce, no small man at 6’6, going after the 6’9 Fury and then trying to impose his strength on him in a way nobody has managed so far would be compelling to say the least. It would presumably end with either a bloodied Fury dancing his way to a decision win or Joyce laughing maniacally at the “Gypsy King”s ticklish power and breaking him apart down the stretch.

The jab of Fury might be key in this one, particularly because that is a shot few fighters have attempted to throw consistently at Joyce to date. He also moves like a middleweight rather than a heavyweight and is aware enough of his own limitations to not try knocking out men too tough, in his view, to be knocked out. Joyce certainly falls into that category, no question, and Fury will surely appreciate this, and understand it, and use it as his impetus to get away and stay away.

“I’ve got to say that big Joe Joyce is the second-best heavyweight in the world behind me,” Fury said this week. “On his day, given his moment, who knows if he could beat me or not? I think we’ll have to find out one of these days.”

Not unlike the Usyk fight, this could potentially be another example of the difference between amateur boxing and professional boxing. That’s not to say Joyce would have his way with Joshua over the longer distance – at this stage, who knows? – but certainly, as with Usyk, there is a feeling boxers of that calibre (Usyk and Joshua) possess the tools to fiddle their way through a handful of rounds in the company of Joyce and yet still feel relieved when the bell rings.

Stretch that fight from three or five rounds to 12, let’s say, and both its flow and outcome could be quite different. In the case of Joshua, someone whose effectiveness over 12 rounds is not as certain as Usyk’s, it would be fascinating to see him try to contain Joyce in something other than a spar (which is something they have done previously). It could, on the one hand, bring out the best in him, particularly given the size of the target in front of him and the relative slowness of that target. Yet, on the other hand, there is and always will be an argument to be made that someone like Joe Joyce, all-suffocating rather than all-knowing, is the worst nightmare for a fighter who thinks too much and tends to panic when not feeling in control.

Were it not for Joyce’s advancing age (37 now), this would probably be the fight that would make the most sense for the Londoner to take next. Whyte, after all, is a fighter at a similar level to Joyce in 2022 and, not just that, is someone whose last fight, a title shot against Tyson Fury, ended in disappointment following so much pointless pre-fight bluster.

If it could be made, it’s a fight that would work for Whyte as much as Joyce and it’s also one, in light of their styles, that couldn’t help but be entertaining. Whyte, like Joyce, is a man who prefers to maraud forward rather than go backwards, and his left hook, while not quite possessing Wilder levels of power, is solid enough to check Joyce’s chin on the way in. That could make things interesting, should Whyte be able to land it, but the feeling at this point, with them both at different ends of the momentum scale, is that Joyce’s engine, pressure and resilience is the last thing Dillian Whyte wants on his plate right now.