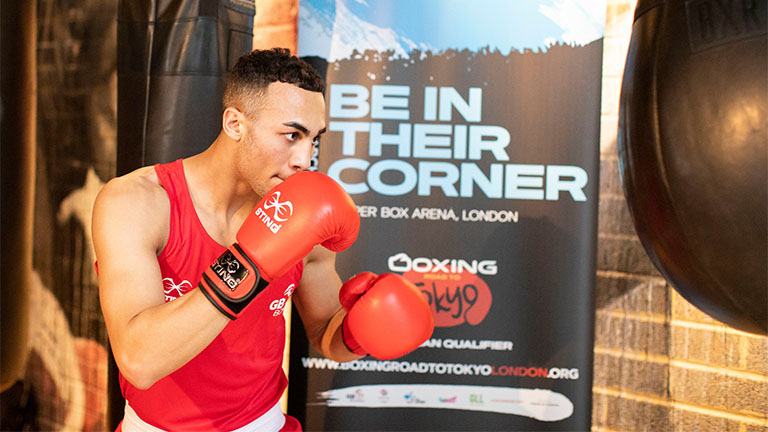 Dates, ticket details and venue confirmed for the European Olympic qualifier in London

2020 is a year for excitement in amateur boxing. The Olympic Games will begin in July, but first of all the qualification events will take place, at a variety of locations across the world. The Continental qualifier for European boxers has been announced for March 14-24 at the Copper Box in London.

This is a tough event; Russia, Azerbaijan, Ukraine and more, all formidable teams will be taking part. But as Cheavon Clarke says here, the British boxers will be scared of no one and expect to make an impression themselves.

In the previous Olympic cycles this qualifier has been far afield, in Samsun and Trabzon in Turkey, tough places to box. In London now a sizeable squad of GB boxers will be hopeful that they can take the essential step here towards their Olympic dream. Tickets go on sale at 9am on Friday January 17. Prices starts at £5 (adults) and £2.50 (concessions) for weekday sessions. Register interest now at www.boxingroadtotokyolondon.org.

Eight men and five women from Britain will be selected to compete here. In total up to 450 men and women from as many as 50 countries will be entering, with 77 Olympic places at stake. 50 qualification places are available for the men and 27 for women.

After this there will only be one more chance to qualify, the last World Qualification Event is in Paris, from May 13-24.

The decision to hold the event at the Copper Box has been welcomed by the Mayor of London no less. Sadiq Khan said, “London is the sporting capital of the world and it’s fantastic we’re hosting yet another world-class event. Londoners and visitors alike can look forward to a thrilling spectacle at the Olympic Park in March, as Europe’s best boxers compete for a place in the Tokyo 2020 Games.”

GB Boxing’s Performance Director, Rob McCracken added, “Our boxers had a very good year in 2019, when the men and women won 16 medals at four major competitions, so they are coming into 2020 in a good run of form. The qualifier will be very tough, as a lot of the European nations are strong in boxing, so it is good that it is taking place in this country. Hopefully the home support will spur our boxers on and help them to perform at their best.”

Ben Whittaker, the young light-heavyweight who won European silver and World bronze, is emblematic of the strength GB have throughout their squad. “It’s another ring, another venue, I’ve just got to keep doing the job,” Whittaker said. “When I first started I didn’t think [the Olympics] was my dream because I didn’t think I’d get there. Now I’m at the doorstep it’s going to be a great opportunity for me.

“I remember watching [London 2012], seeing all the crowd, the boxers winning gold medals, the emotion of them winning. I thought I wouldn’t mind doing that. So I went down to the gym, did it properly.”

He is getting his chance now to follow the path himself.

IN the Olympic year Caroline Dubois is stepping up to senior level. She has not boxed in the Elite age group yet, but has been a superb Youth and Junior. The Londoner has won everything possible so far, culminating with her Olympic Youth and World Youth gold medals. Dubois is unbeaten, the younger sister of British heavyweight champion Daniel Dubois and could be one of the future stars in the sport. She has already been the BBC’s Young Sports Personality of the Year. At this very moment she has joined the the senior GB squad and is with them on a training camp in Colorado with the US squad. She needs to win her place on the British team to earn selection for the Olympic qualifier in her home city.

“For those of us who are younger and just coming through it’s made for us, really.”