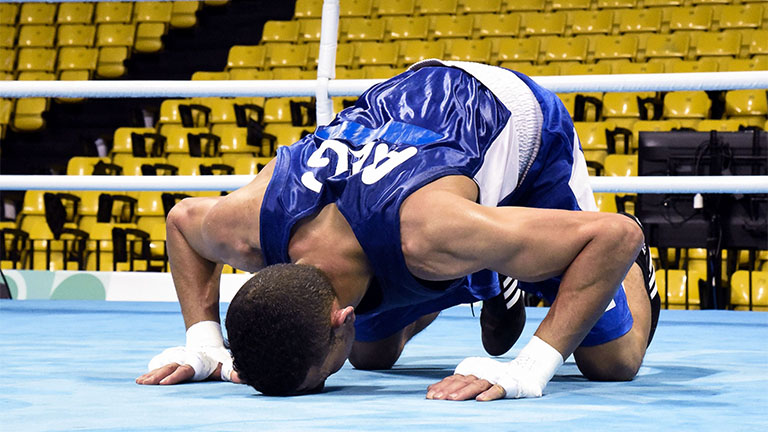 ON Wednesday (February 26) Botswanan featherweight Sadie Kenosi became the first boxer to win a place at the 2020 Olympic Games. She beat Morocco’s Widad Bertal on a unanimous decision to reach the final of the African Olympic Qualification Event at the Dakar Arena in Senegal in the process make sure of her Olympic quota place in Tokyo.

“When I got into the ring today I was confident that I would book my ticket to Tokyo from this fight. That’s all that was going on in my head – Olympics. This win means a lot for women boxing, we are not many in Gaborone. And for me to come here and become the first qualifier in boxing from Botswana is huge,” she told the Olympic channel.

She will meet Tunisia’s Khouloud Moulahi in the final, who also guaranteed her Olympic spot with a unanimous points win over Congo’s Marcelat Sakobi.

Seasoned Algerian flyweight Mohamed Flissi, a two-time World medallist and two-time Olympian made it to his third Games by reaching the final in Dakar. Patrick Chinyemba of Zambia will also be on the plane to Tokyo, while a third place at 52kgs will be contested in a box-off on Friday (February 28).

Congo’s David Tshama denied Dieudonne Seyi Ntsengue immediate qualification but the Cameroonian will get a second chance in the third place box-off at middleweight. That will come against Uganda’s David Ssemujju on Friday. Younes Nemouchi’s semi-final win over Ssemujju on Wednesday bagged the Algerian his spot at Tokyo 2020.

Algeria’s Abdelhafi Benchabla has moved up to heavyweight and won one of two quota places for Tokyo 2020 by reaching the 91kgs final. Morocco’s Youness Baalla won the other Olympic spot available in this weight class.

51kgs is the only women’s division with three Olympic places up for grabs in this competition in Dakar. Algeria’s Roumaysa Boualam stopped Uganda’s Catherine Nanziri in two rounds to claim one of them. Morocco’s Rabab Cheddar secured a second by winning the other flyweight semi-final.