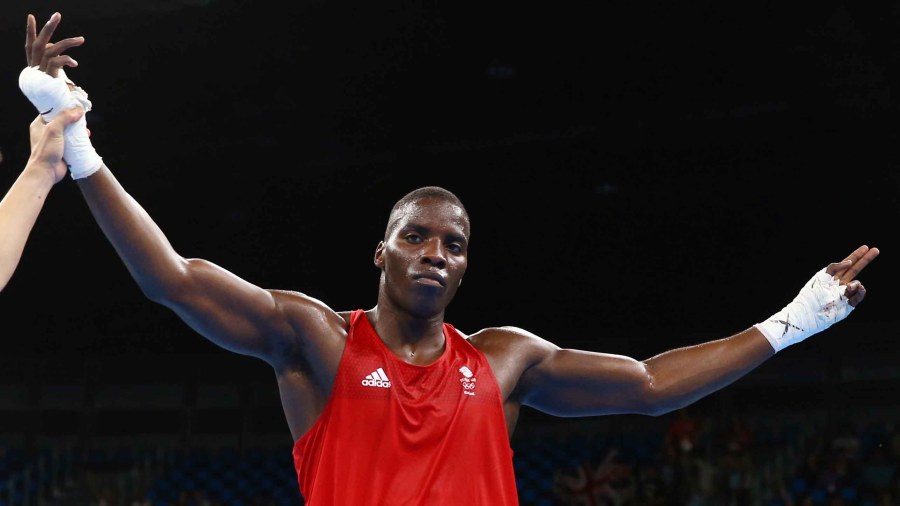 THE first Olympian from the GB Rio 2016 squad is set to turn professional. Lawrence Okolie, the team’s heavyweight (91kgs or cruiserweight in professional terms) will sign with Matchroom Sports.

Okolie rose rapidly to prominence on the international amateur circuit. He was a novice but impressed in international outings in the World Series of Boxing and won selection for the European Olympic qualification event. He dazzled there, showing real power as he beat top quality opposition including the world number three, Azerbaijan’s Abdulkadir Abdullayev.

In both the final of the World Series of Boxing and his second bout at the Olympics he came up against nemesis Erislandy Savon, the outstanding Cuban who, when he was up at super-heavyweight, pushed Anthony Joshua close at London 2012. In their Olympic bout Savon had Okolie under pressure in the first round but Lawrence rallied to fight back gamely but lose the decision. It was an improvement from their collision in the WSB which Okolie lost by stoppage.

“I just felt that you know what, I’ve lost to someone that’s just a bit better than me at the moment but I’m on the up. I feel like if I can make that change in six weeks, another six months, a year, what level am I going to get to?” he said.

That was only his 26th amateur contest. It was a remarkable feat getting through the hugely demanding Olympic qualification process to reach Rio with such little experience. He does have potential but doesn’t need to rush his professional career.

There are plenty of high profile undercards he could potentially appear on. Matchroom will be promoting a series of big events coming up in the UK, including David Haye versus Tony Bellew at the O2 on March 4 and Anthony Joshua’s world title fight against Wladimir Klitschko on April 29 at Wembley Stadium.