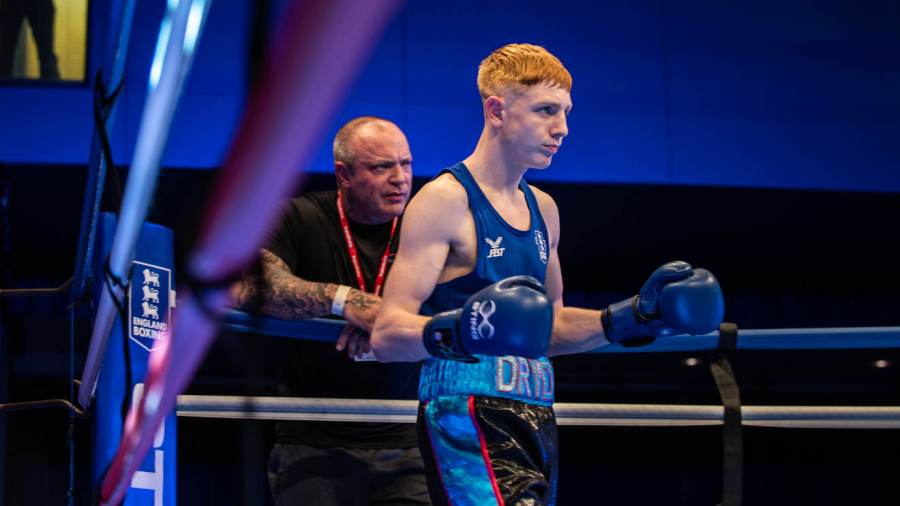 The first Angel of the North Box Cup takes place at the Rainton Arena this weekend (Saturday May 28 to Sunday May 29), writes John Dennen

THE inaugural Angel of the North International Box Cup begins on Saturday at the Rainton Arena. It’s the start of what will be a regular fixture on the domestic calendar.

Organised by the Birtley boxing club the two-day tournament will feature categories for younger boxers as well as Elites. Each afternoon will see a family-friendly session for the Minors, Schools and Juniors categories, from approximately 12-5.30pm, with the Youth and Senior boxers getting their dedicated session each evening from approximately 7-11pm, when alcohol will be served to supporters and the atmosphere of a professional show can be expected.

Three rings will be in operation and tickets for each session are £15.

Some top boxers will be competing. Among Birtley’s entrants reigning Elite 57kgs champion Jack Dryden [above] is set to box. Dryden impressed in the National Amateur championships with a sequence of good performances. He has been drawn against Hassan Ishaq, Lucky Gloves, in this Box Cup’s semi-final. Experienced Army boxer Shamin Khan will be waiting for the winner in the final on Sunday.

Owen Rees, a finalist in last year’s National Amateur Championship, will box Marden’s Liam Huntley in the 67kgs final on the second day too.

Among the other entrants also look out for is Adam Olaore, Empire’s powerful 86kgs boxer who’ll take on Old Hill’s Conor Young. Empire’s reigning Elite champion Savannah Stubley will also be in action. She boxes Kenton’s Bobbylee Burns in the 50kgs semi-final on Saturday. Sunderland’s Hannah Foulds will be waiting for the winner in the final the following day.

“We want to make it family friendly for the day time and then in the night let the lads and lasses come in and have their little bit of glory,” said Birtley’s Graeme Rutherford. “Hopefully it’ll be like each everybody’s mini Olympics. That’s what we want.”

The competition in the North East’s thriving boxing scene is also an opportunity for boxers who missed out on getting bouts due to pandemic restrictions to catch up.

“It’s something we’ve been wanting to do for a while,” said Rutherford, thanking Steven Freeman, one of the volunteers at the Birtley club, Laura Sargeant, Gary Robson and Paul Bainbridge from the Tyne, Tees and Wear Association as well as the arena and others for their help and support. “It’s a first class venue, the presentation of the event will be first class and it’ll be special for the boxers,” he said. “It’ll be something they remember for the rest of their lives.”