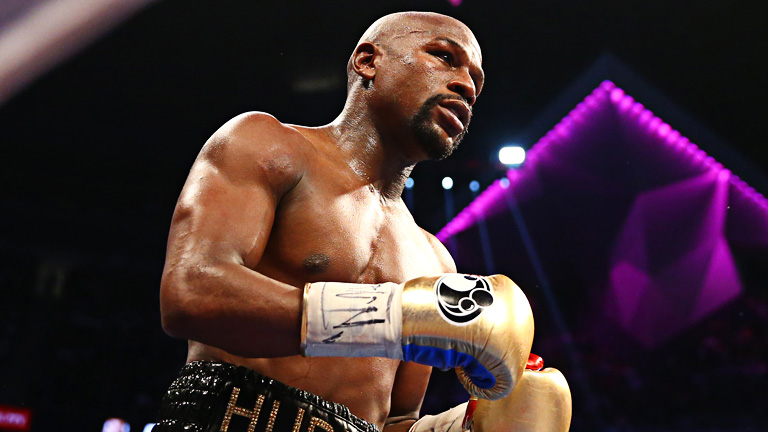 The top five fighters of the decade

1. FLOYD MAYWEATHER
NOT everyone’s cup of tea, Mayweather took the dominance he enjoyed at the close of the previous decade and, at times quite literally, ran with it. “Money” provided lessons to many with his shameless self-marketing as he embraced the social media age, but it was in the ring where his brilliance really inspired.

His defensive skills were among the best the sport has ever produced and in offence, though underrated in that area, he rarely wasted a punch. Throw in the names of Mayweather’s victims as he closed in on 50-0 – Miguel Cotto, Shane Mosley, Marcos Maidana, Canelo Alvarez, and Manny Pacquiao (a result that continues to improve for every subsequent year that the Filipino remains a force at elite level) – and you have the best fighter of the decade.

2. MANNY PACQUIAO
PACQUIAO’S five losses in the decade prevent him from nabbing the top spot here but the way he bounced back from each of them say more about this Filipino wonder increasingly astonishing longevity. Wins over Shane Mosley, Juan Manuel Marquez, Timothy Bradley, Adrien Broner and Keith Thurman tell the story of a fighter whose greatness has endured, and will do so for many, many years.

3. CANELO ALVAREZ
THE high-profile drug test failure blots his copybook, but the Mexican won titles in three weight classes from 154 to 175lbs. Perhaps the most impressive thing about Canelo is the improvements he’s shown since losing widely to Floyd Mayweather in 2013. He sought out Erislandy Lara to further his education in 2014 and more recently he (controversially) ousted Gennady Golovkin from the middleweight throne before knocking out Sergey Kovalev at light-heavyweight to win a world title in that division.

4. ANDRE WARD
CRIMINALLY underappreciated, Ward cleaned up at super-middleweight (handily defeating Carl Froch, Mikkel Kessler and Arthur Abraham among others) before rising in weight and, unlike many other fighters who journey upwards, challenging the very best his new division had to offer. There was controversy in the Sergey Kovalev rivalry but, while beating the Russian twice, Ward reached another pinnacle in his career.

5. VASYL LOMACHENKO
THE wizardry of the Ukrainian continues to seduce new fans to the sport. A brilliant amateur career saw him win two Olympic gold medals before progressing through the professional ranks at breakneck speed. He wrecks his opponents’ fighting spirit while creating outrageous punching angles to dish out his spite. Currently the most talented boxer in the world by some distance.