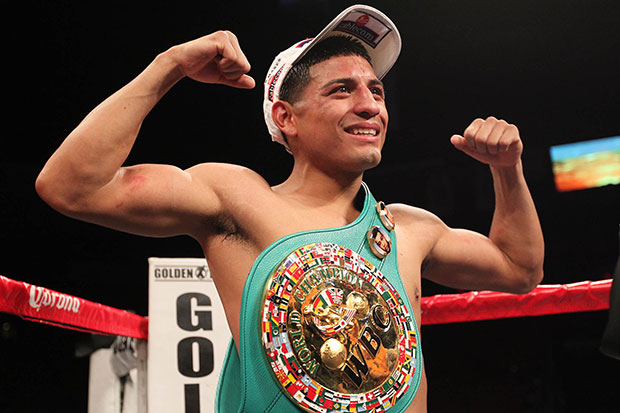 Mares' achievements simply do not compare to genuine three-weight world champions of the past, writes Daniel Herbert

WATCHING the BoxNation coverage from the weekend’s big Las Vegas show, I had one of those “What???” moments that I’m sure we all have from time to time. It came when Abner Mares was outpointing Jonathan Oquendo over 10 undistinguished rounds, and viewers were reminded that Mares was a three-weight world champion. I thought: this ordinary boxer has won a world belt in three divisions?

All right, this was a comeback fight for the Mexican-born fighter who lives in California – his first outing since being blitzed in one round by Johnny Gonzalez 11 months ago (losing his WBC featherweight belt in the process). Any fighter who suffered such a traumatic setback would be a little gun-shy on his return to competitive action, but Mares plodded for round after uneventful round against a good-but-not-great opponent.

Yet before his (brief) 126lbs reign Mares had already held world titles at bantam and super-bantam, so it’s not as if he had not been exposed to top class opposition before he ran into Gonzalez and his left hook. Truth is, Abner had been well handled by his promoters Golden Boy, for whom he was the first world champion built from scratch (as opposed to world rulers they had picked up from other promoters).

Golden Boy built him well, using their financial muscle (and Showtime TV deal) to move him into winnable fights at the right time. He never had to travel to Asia, where dethroning a local hero would have been very difficult – the furthest he had to travel for a title-winning contest was Washington State.

He’s been helped by the proliferation of belts, of course. There was a time when being a three-weight world champion marked out a boxer as exceptional, one of the sport’s legends. Bob Fitzsimmons won the middleweight title (1891) before becoming heavyweight king (1897), finally adding the light-heavy honour when that division was lightly regarded (1903).

In the late 1930s Henry Armstrong earned himself fistic immortality by holding the feather, light and welter crowns simultaneously – at a time when there were only eight weight divisions. And don’t forget, “Hammerin’ Hank” also drew in a bid for a version of the middleweight title. More recently, Alexis Arguello won plenty of admirers by bagging the feather, super-feather and lightweight belts between 1974-81, and the Nicaraguan so nearly won a fourth when losing two classic fights to Aaron Pryor at light-welter.

By the 1980s it all got a bit silly as the number of sanctioning bodies multiplied and the titles they distributed also increased. As much as I admire Manny Pacquiao, calling him an eight-division world champion strikes me as absurd; surely recognising him as a major force between super-bantam and welter for a decade is enough?

Abner Mares is not a bad fighter, just not the talent his record as a three-weight champ would suggest. Let’s leave that exalted status to sport’s true greats.