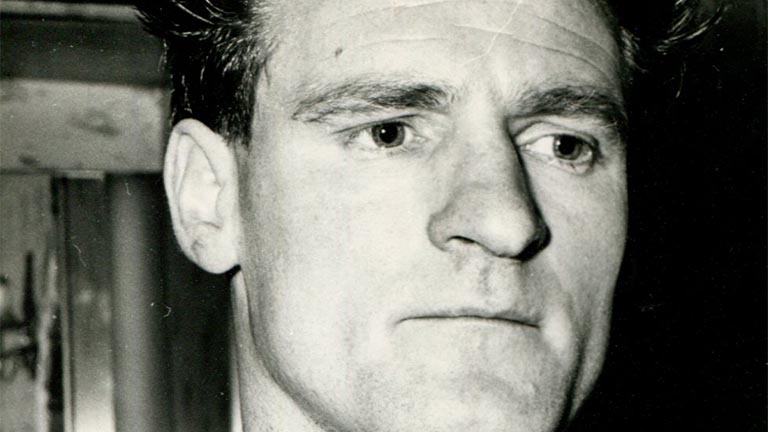 I HAD an interesting chat last week with Craig Turner of Bristol. Craig has a well-established boxing pedigree and trains some of Bristol’s leading amateurs at the Gordon Hazell gym. He also has a good feel for some of the great fighters to have come from the city. He told me that two of Bristol’s leading fighters, Gary Chippendale and Peter Richards, have developed significant health problems in recent years and so I would like to remind readers about their exploits.

In the 1960s, Bristol’s leading fight venue was the Colston Hall and the promoter there was Len Munden. Len fought at the two top weights throughout most of the 1930s and he won the West of England light-heavyweight title at the Colston Hall in 1938 by stopping Fred Stabbins of Taunton in two rounds. His last fight was against Bruce Woodcock in 1942 on the undercard of the Len Harvey-Freddie Mills contest at White Hart Lane, Tottenham.

Munden staged his first show in Bristol in 1965 and had a hand in most of the tournaments held there until 1973, when he handed in his licence and became an inspector for the Western Area Council. On Len’s first show, in February 1965, he had Chippendale on the bill, and the two immediately struck up an exciting partnership, with Gary winning all six of his bouts at the hall inside the distance, before the year was out. Chippendale looked to be going places and the city was right behind him. Among the men to suffer from his lethal punching that year were Tommy Baldwin, Jimmy Assani and Jack Grant, and soon Gary was firmly ranked within the UK top 10 at middleweight. Richards, a lightweight, was also a regular performer at the hall, winning two of three contests for Len. Rocky James, Chris Cox and Dervan Airey were the other Bristol lads that Len used to sustain his regular bills.

Craig told me that Peter, originally from Cornwall, had been a tin-miner and he also served with the Royal Lancers before he became a booth-fighter with Sam McKeown. He learned his trade fighting the various hard men from the West Country who fancied their chances against a boxer on the fairgrounds. Not many of them survived three rounds with Peter, although they certainly helped him to improve his skills. He needed these skills in the many sparring sessions that he had with Chippendale. While reminiscing, Peter told Craig: “I remember sparring with Gary once, he wasn’t too fussy where he would hit you, and he could really punch. He caught me low, and when I had recovered, we found that he had knocked my protector cup in the wrong way and so we had to whack it on the ring post to turn it right.”

Peter’s last fight took place at the Empire Pool in Wembley on the night that Walter McGowan lost to Chartchai Chionoi for the world flyweight title. His opponent was Jackie Turpin, the nephew of Randolph, and he survived for only three rounds against this noted banger. He later became a coach for Chris Sanigar. His son, Paul, a good amateur, won both of his two professional bouts in the mid-1990s.

Chippendale never quite realised his potential. He tended to hit or get hit, and most of his contests ended within the distance, one way or the other. He met some hard men, including Jim Swords, Sugar Bill Robinson, Howard Sharpe, Dave Parris and Pat McCann. He hung up his gloves in 1972 with a record of 18 wins from his 33 contests. He had the distinction of boxing on the first of Len’s Bristol promotions, and the last, when he stopped Mervyn Francis in five rounds at the Broadway Cinema. Much respect to two of Bristol’s finest and to Craig himself, who is helping to keep the sport alive in the city, as did Len before him.