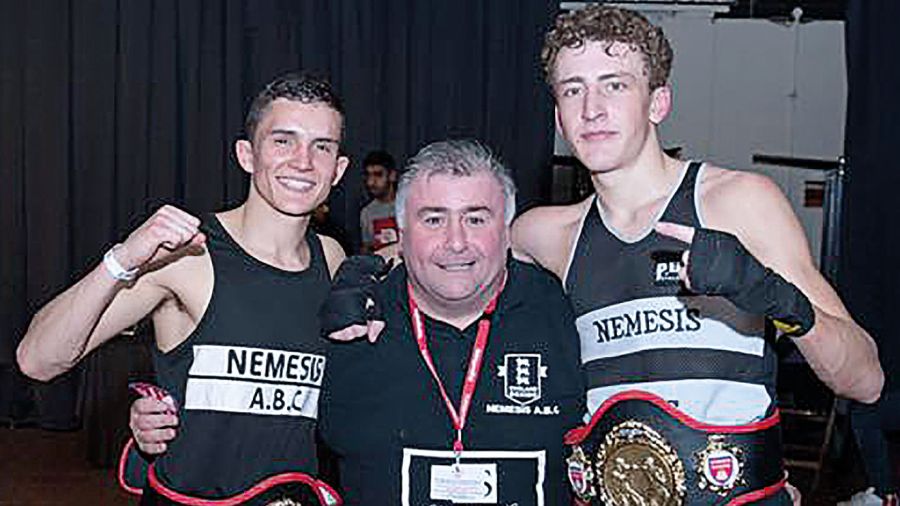 The proud London club Nemesis has closed. The worry too is that it could be the first of many, writes John Dennen

NEMESIS, the well known London boxing club, has closed its doors for the last time. The coronavirus pandemic had made the gym’s future unviable. It’s great shame that such a successful club has had to close, and the fear is that others will have to follow suit.
To re-open, it would be difficult to meet the required protocols and, most significantly, the gym would only be able to have eight boxers in at a time, due to the necessary precautions around social distancing. “I would have 30 kids [before]. That paid the rent, three days a week. Now I can only have eight kids at a time, it wasn’t sustainable,” coach Tony Pettitt explained.

“I couldn’t do it, it’s just too much, I’d had a back operation in February, which was a big surprise, although I’ve always needed a knee op,” he added. “When the back was gone, the knee started hurting more. I’ve got to start thinking of myself a little bit, with that and Covid.”

Even if it could have carried on, he would have had to bring on someone to take over from him. “Truthfully I think it’s run its course. It was a real hard decision to make,” Pettitt said. “I don’t really want to give someone the commitment I’ve had to give and then take over their life, if you know what I mean. I know that every boxing coach out there is doing the same thing. It grabs you.

“It’s a very thankless task. It’s not just me that has this thankless task, there are thousands and thousands of boxing coaches out there that run clubs or are part of clubs, that give their time for nothing and go out there and sacrifice loads for young kids.”

He reflected, “I’m happy with that and that decision now because of the messages I’ve had from boxers and people that have just passed through the gym. It’s lovely what they’ve said. I’m looking at it and thinking crikey we did do it right. So what would be the point of trying to continue and not really give it 100 percent? If I can’t do that I think I would be doing them an injustice.”

It has given him a chance to step back and take stock of what the club has accomplished. “I’m massively into the development of young people. For me it wasn’t really ever about producing champions on champions. It was great while I did, don’t get me wrong, and having fantastic memories of going to different Box Cups and ABA finals, Schoolboy finals stuff like that, winning titles – absolutely fantastic, you couldn’t get a better feeling. A great feeling of achievement,” Pettitt [inset with Henry Powell] said.

“But equally,” he noted. “In my heyday when I had five, six, probably seven kids and a girl all on GB and England and they were boxing in tournaments and I walked through my local town centre and one of the lads [whom he used to train] was there with his missus. He’d stopped boxing. He’d had three bouts with me and he stopped me and he introduced me to his missus and said, ‘You know what, this man saved me… If I didn’t go there and he didn’t look after me, I’d be in prison now.’ And if I’ve got to be honest with you, my own sons were winning ABA titles then, and that was equal to that if not better. You realise you are doing something decent. We did always have a good family atmosphere.

“When we first opened we had a tin and said just chuck your two quid in there. If they didn’t pay, I didn’t take no notice and I’ve always been like that. If the rent was ever short I would make it up.

“For me it was important that they developed as human beings as well as boxers. The championships and the medals all came later on.”

Terry Gillam and many others were instrumental in the development of the club. “My own son Lewis, my other son Jake, Elliot Whale who was with me since he was nine years old, until he turned pro. They’re my achievements in the sense of boxers who have come through [but] the list is endless, the ones who have got to championship finals, won them, come second or whatever, I’m very, very proud of it. It’s not like West Ham’s but it ain’t bad,” Tony said.

He recalled what was probably his proudest moment too. “I knew when I first started I needed to learn off of somebody. So I went to various places and nicked ideas off different coaches. I went to West Ham to go sparring when Lewis was boxing. He used to spar Billy Morgan, Luke Gibb used to spar Jack Kerr and Dudley O’Shaughnessy. For a month we used to come out of there with our arses kicked, beat up. We was there once a week and all of a sudden it started to turn and we started beating West Ham in the London finals,” he said. “Micky May turns up at my gym with four boxers to come sparring and I said, ‘Mick I can’t believe you’ve come out.’ He said I’ve never been to another person’s gym all the time I’ve been at West Ham. I just want to see what you’re doing.

A similar thing happened with Fisher’s Steve Hiser. “Two of the amateur boxing gods that are coming to my gym to see me!” Pettitt remembered with justifiable pride. “I’ve had a very, very enjoyable time. It’s given me some of the best times of my life. And some real nervous breakdowns.”

But this closure should be a warning for the amateur sport. “I would imagine that I might be one of the first of many that are going to fall by the wayside because of this. Because we’re governed by the amount of kids we can have in there. It was just never, ever going to work,” Pettitt said heavily.

There has never been a better time to find a way to support your local club. The sport needs it.