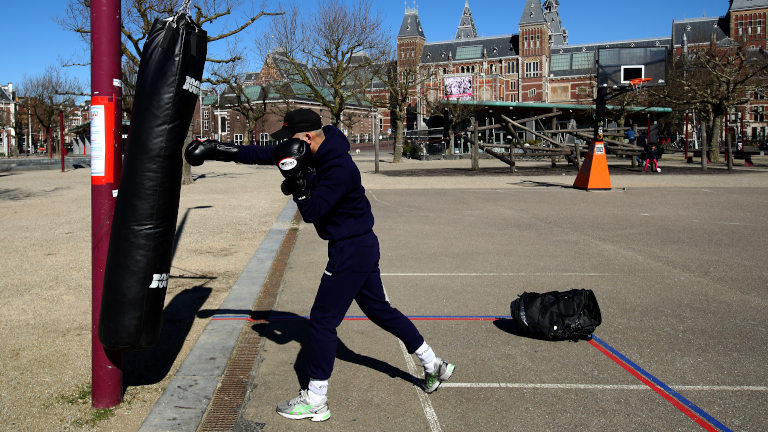 Before I competed in the 2008 Olympics I was a night club doorman, and I used hear ‘I’m not a boxer, I’m a street fighter’ a lot. It would normally come from drunk people when they found out I was a boxer, and it always used to make me laugh. They didn’t used to want to have a fight and normally never said it in a bad way but many of them seemed to think that if they had a street fight or two they could box. On the video below I show the difference between a street fighter’s “power punch” and a boxer’s power punch.

I’m sure I don’t have to tell you this, as you’re a fan, but these are two completely different things.

Most people don’t have a clue how to throw a punch compared to a trained boxer. Now let me just make it clear, I don’t condone street fighting at all, and I believe it’s always the bigger man who will walk away. But I would recommend everyone to learn how to box, not necessarily to fight but so they know how to punch, just in case they ever have to, and so they have the confidence too so they don’t even need to.

On this video, I show you just how a trained boxer can punch way faster, harder and better than a person who is not trained. Check it out: