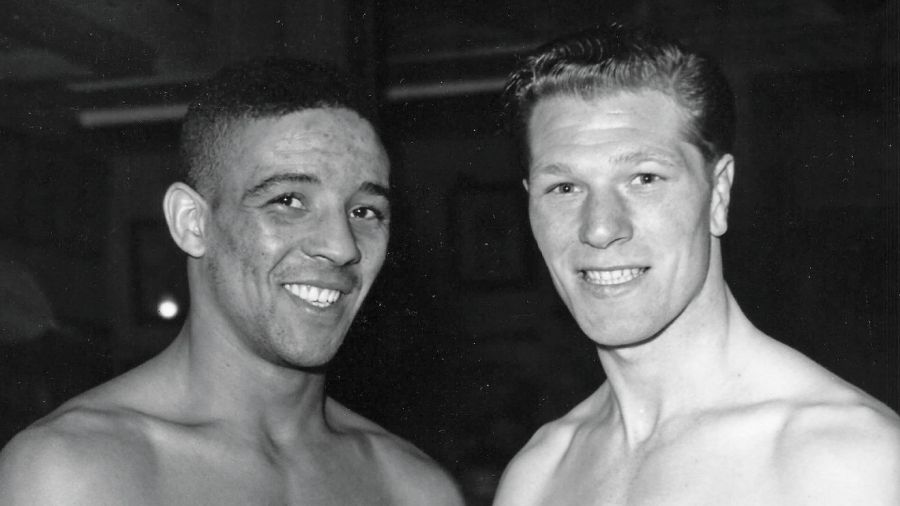 But Albert Finch, the 'Croydon Woodpecker' had a surprisingly short reign as champion

IN this modern era of 15-plus weights and multiple champions per weight, the British title does not carry the kudos of old. For some young prospects, securing a British crown is almost a check-box exercise – the title viewed as a mere stepping stone en route to a tilt at world honours

Back when there were just eight weights and one world champion at each, the British crown was the pinnacle of realistic ambition for most boxers in this country. To win one you had to be good – especially if you had the misfortune to be in a division stacked with talent. Croydon’s Albert Finch found himself in this unenviable position when he entered the pros as a middleweight in the 1940s.

Born May 16, 1926, Albert’s earliest fights were in a makeshift ring in a backroom of The George tavern in Croydon’s Old Town. As an amateur he won 63 of 68, picked up a London Federation of Boys’ Clubs title as well as London and Southern ABA titles. He lost in the middleweight semis of the 1945 ABA championships on a foul to that year’s winner, Bob Parker.

Albert turned pro that August and over the next few years amassed a long record of mostly points wins. A muscular 5ft 10ins, Finch’s impressive physique – honed heaving timber blocks for his father’s haulage and fuel firm – belied his boxing style. Skill, stamina and a fantastic left jab – which earned him the nickname “The Croydon Woodpecker” – were the Albert Finch hallmarks.

In April 1948, Finch inflicted the first pro defeat on Randolph Turpin (then 18-0-1) when he outscored the future world middleweight king at the Royal Albert Hall. Randolph would suffer only one other loss in his next 25 fights, which culminated in his historic win over Sugar Ray Robinson. But it was another Turpin whom Albert had his sights on, Randolph’s elder brother, Dick.

That year, Dick made history as the first non-white British champion of the BBBofC era, after annexing Vince Hawkins’ middleweight crown following the lifting of the Board’s archaic ‘colour bar’. By 1949, Finch’s record contained the scalps of most of our leading middleweights. He was 37-5-1 when he finally got a crack at the title as the first challenger of Dick’s reign in June that year. Dick narrowly retained his British and Empire belts in a fight some felt Albert had won. But it was second time lucky for Finch as he outpointed Dick in April 1950 to claim both titles, and also stopped him in a third match that July.

Finch’s reign, however, was surprisingly short. That October, Randolph avenged his brother’s defeats, plus his own, when he KO’d Albert in five to bring the middleweight crown back to the Turpin family.

By then Finch was struggling to make middleweight. Super-middle would have suited him better, but that division didn’t exist, so he was obliged to move to light-heavyweight.

He fought for the British light-heavy crown thrice, losing to three excellent champions in Don Cockell, Alex Buxton and Ron Barton. In 1954, Albert outpointed future Empire heavyweight titlist Joe Bygraves while conceding 10lbs. It was just two years before Bygraves won the title and three before he KO’d Henry Cooper in his first defence.

Finch was a favourite sparring partner of Ingemar Johansson, whom he helped prepare for his European title fight with Cooper in 1957. On the same Stockholm bill, Albert beat Henry’s twin brother Jim.

Finch’s championship record as a pro – a six-month reign as British and Empire middleweight titlist and only a Southern Area crown as a light-heavy – does not do full justice to his fistic talents. Albert (72-21-9) was one of only four men who won British titles after World War II to clock up over 100 pro bouts. He is in good company. The others were Dick Turpin, Ronnie Clayton and Alex Buxton.