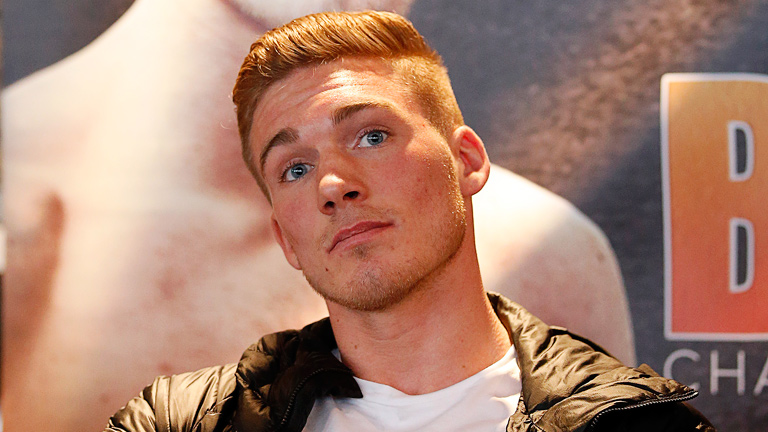 AS the incredibly good news that Nick Blackwell has awoken from his coma broke earlier today, the boxing world rejoiced in unison.

Blackwell collapsed in the ring after his stoppage loss to Chris Eubank Jr on March 26 and was rushed to hospital, where he was put into a medically induced coma.

The Trowbridge warrior woke on Saturday and was speaking to the friends and family he had at his bedside by Sunday. It is the news we have all been waiting for.

WBO world middleweight champion Billy Joe Saunders, who has beaten both Blackwell and Eubank, and is a close friend of Nick’s, was one of the first to take to social media to express his delight.

Middleweight kingpin Gennady Golovkin, who sent a message of support to Blackwell when he was first admitted to hospital, was also among the wellwishers earlier today.

Great to hear @nickblackwell02 is awake and with family and friends pic.twitter.com/z8dNOEy3qz

Eubank Jr himself also took to Twitter to tell Nick he would like to visit him in hospital.

Very happy to hear @nickblackwell02 has awoken from his coma. Nick i’d like to come see you if possible, I’ve got something for you bro

Plenty of those in the fight game have also taken action to raise money for Blackwell, who is unlikely to be able to box again. In a heartening gesture, David Haye has pledged to donate 10% of the ticket sales from his fight on May 21 to Blackwell.

Martin Murray, who beat Blackwell back in 2011, auctioned off the gloves he wore for his fight with Nick. He rose £1100, all of which will go to Nick and his family.

Adam Etches set up a fundraising page in a bid to raise £10,000 for Blackwell. That target was smashed within days and in total almost £12,000 was raised. Etches also undertook a 24hr treadmill run with IBF world welterweight champion Kell Brook at the weekend in a bid to raise more funds for Nick.

Williams – who was in Nick’s corner for the Eubank Jr fight – also auctioned off the shorts and robe he wore for his win over Michael Lomax in 2014, garnering another £2,600 for Blackwell.

As the inevitable calls from abolitionists for boxing to be banned were heard when Blackwell collapsed, the overwhelming response from the boxing community shows how compassionate fighters really are.

We hope for more good news in the coming days and weeks about Nick’s health.