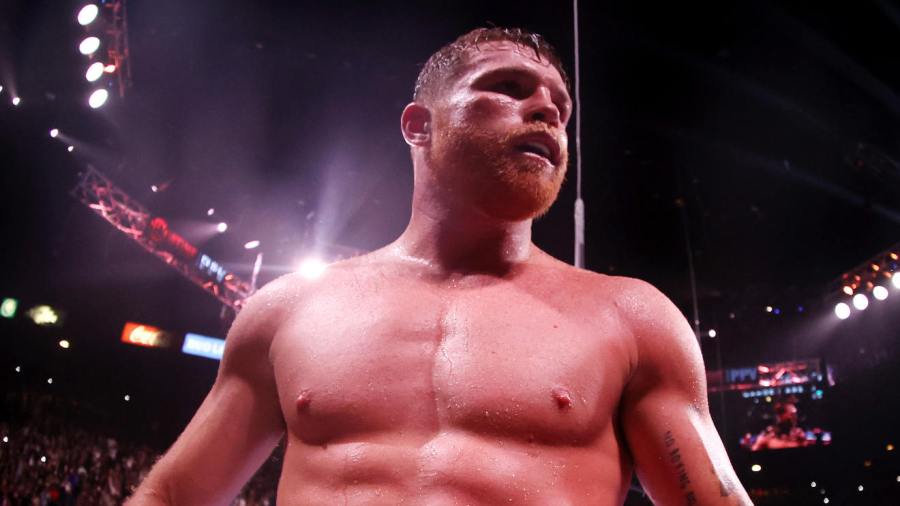 WORLD FIGHTER OF THE YEAR 2021
A fabulous mixture of comeback kings, underdogs and virtuoso performances

1. Canelo Álvarez
Álvarez may have been a big favourite in each of his three fights but that’s par for the course when you’re the leading fighter in the sport. Victory over Avni Yildirim merely passed the time but it was the manner in which he overcame the slick, talented and undefeated Billy Joe Saunders and Caleb Plant, to dominate at 168lbs, that really impressed.

2. Oleksandr Usyk
Only narrowly missing out on the top spot by a single vote, Usyk’s points win over Anthony Joshua was arguably the most complete showing by an elite fighter in 2021. At times he bamboozled his heavyweight rival and made a mockery of the long odds against him.

3. George Kambosos jnr
The Aussie was a huge underdog going into his shot at world lightweight champion Teófimo López. He dropped López in the opener to set the tone, survived a torrid 10th, and won on points. After his shocking win, Kambosos oozed charisma and class by the bucket-load.

4. Josh Taylor
José Ramírez was the last obstacle standing between Taylor and compete supremacy of the super-lightweight division. In Las Vegas, the Scot overcame some sticky moments, dropped Ramírez twice, and was a deserved winner after 12 rounds.

5. Tyson Fury
The world heavyweight champion again exhibited his truly astonishing powers of recovery to get up off the floor, twice, against the thunderous Deontay Wilder and administer a thrilling beating of his long-time rival. An awe-inspiring display.

6. Stephen Fulton
A breakout year for the Philly star. A January win over Angelo Leo was exciting before he expertly overcame Brandon Figueroa in a November firefight.

7. Juan Francisco Estrada
What a shame that Estrada’s year essentially ended in March. Even so, the quality on display as Estrada outpointed Román González was a delight.

9. Shakur Stevenson
The June points victory over Jeremia Nakathila was standard fare for Stevenson. But the October beatdown of Jamel Herring was truly majestic.

10. Yordenis Ugas
The Cuban came in at short notice to take on Manny Pacquiao. Not expected to win, he did so with one of the best performances of the year.

BRITISH FIGHTER OF THE YEAR 2021