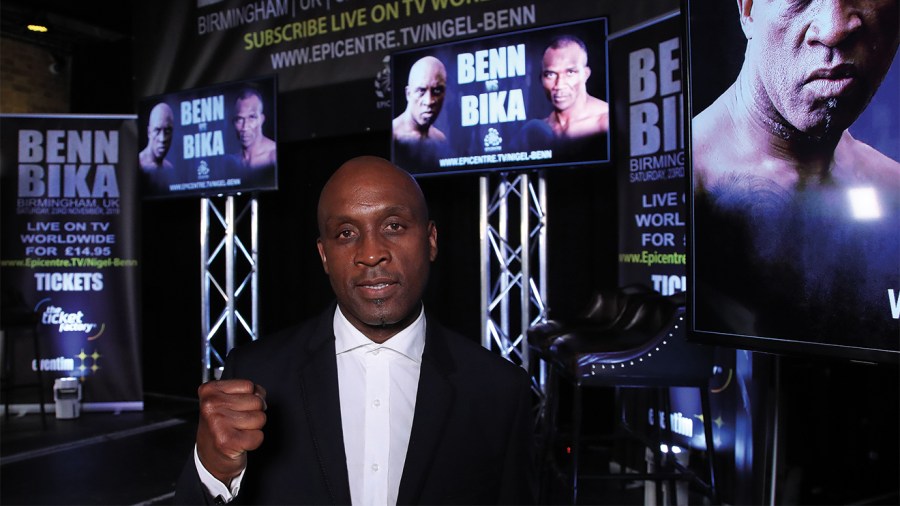 Be wary of imposters, writes Mark Massow, as some outfits want to stage shows featuring unlicensed fighters like Nigel Benn

A RELATIVELY recent boom in ‘unlicensed’ shows across the country has given rise to the ever-increasing claim, often via social media, that boxers appearing on these shows are ‘professionals’ or the nonsensical ‘semi-pro’.

By general worldwide consent, to be acknowledged as a professional boxer in the UK means being licensed by the British Boxing Board of Control, and thus, the results registered on record compiling site Boxrec. (Although they themselves have been duped in the past by respectable sounding organisations, only for Boxrec to withdraw recognition at a later date).

The only people that contest that notion are those putting on ‘unlicensed’ shows and thus trying to sell them to the public as genuine ‘pro shows’ and those boxing on them.

There is an argument that anyone receiving money to box could be considered a professional, but that concept is dispelled by the fact the elite GB squad members are quite handsomely remunerated but never claim to be professionals, proudly announcing their amateur status. (Although, admittedly, the waters are muddied by the inclusion of professionals at the Olympics).

Paid ‘unlicensed’ boxers are just that: Boxers competing on an ever popular ‘unlicensed’ circuit due to the stringent regulations and administrative protocols demanded of the BBB of C, a body that is renowned throughout the globe as a world leader in its field. Strict medical procedures for boxers and thorough licensing requirements for officials and at promotions contribute to the Board being the respected body it is.

That’s to take nothing away from the commitment and bravery often displayed on the ‘unlicensed’ scene or from the hours of effort the promoters and back room staff may contribute to making these shows a financial success but let’s not confuse the two codes.

Often viewed as the dark (dirty?) relative of the legitimate, strictly regulated Board version, the unlicensed business has attempted, with some success, to clean up its image of late, in part due to the success and appeal of the charity minded ‘white collar’ scene, as recently touched upon by Boxing News contributor Steve Bunce in his weekly column.

Aside from the white collar scene, other alien bodies continue to claim they’re just as stringent regarding health checks as the BBB of C and in some cases, even more so, but it should be noted that those same bodies have allowed certain boxers to fight when the BBB of C had previously decided they were unfit to do so. That must surely be a huge concern.

This isn’t a backhanded PR exercise on behalf of the BBB of C. After all, I appreciate there are licence holders that have their grievances with the Board, and plenty are justified, but I would expect the vast majority to agree that the confusion that reigns at world level, with several self-proclaimed sanctioning and governing bodies vying for control, does not need to encroach on the British scene. I’ve never been privy to a conversation that included the line: “Aren’t championship contests so much better now there’s so many alphabet titles to choose from!”

As they themselves have proclaimed, the British Boxing Board of Control is, and has been, the regulatory body and licensing authority for professional boxing in Great Britain and Northern Ireland since 1929 and anyone wanting their claims of being a professional boxer to be taken seriously in the United Kingdom needs to be licensed by them.