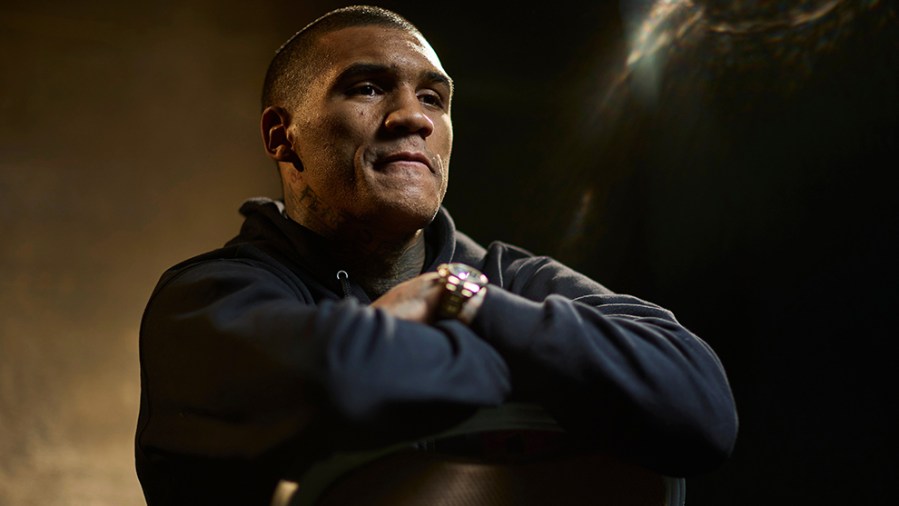 Saturday's lightweight fight between Vasyl Lomachenko and Jamaine Ortiz should be one for the boxing purists, writes Elliot Worsell

GIVEN his undoubted talent, Vasyl Lomachenko should, in 2022, probably be headlining Madison Square Garden against a fellow pound-for-pound superstar for the right to claim dominance in the latest of the numerous weight classes in which he has dipped his toes.

Instead, though, he fights this Saturday (October 29) at the Madison Square Garden Theatre against Jamaine Ortiz, an unbeaten but mostly untested prospect from Worcester, Massachusetts. This, Lomachenko’s 19th as a pro, is not a bad fight necessarily, nor one without intrigue, yet it is still fair to say Lomachenko deserves and perhaps needs better at this point, especially given his age (34).

Never a hugely marketable attraction even at the best of times, the wheels of the Lomachenko bus started to slow in 2020, shortly after Teofimo Lopez outhustled him to take his world lightweight title. That was considered a fascinating fight going in, but most believed Lomachenko’s greater experience and all-round skillset would be enough to prove to Lopez the opportunity had come a bit soon for him. That this didn’t happen was not only a shock to most, but it also derailed Lomachenko somewhat, at least in terms of him being a pound-for-pound star. Since then, he has fought a couple of times, stopping Masayoshi Nakatani in nine rounds and outpointing Richard Commey over 12, but if ever there was a fighter in need of a revamp next year it’s the southpaw from Ukraine.

Indeed, this upcoming fight with Ortiz will be Lomachenko’s first of 2022, arriving almost a whole year after his win against Commey. That’s not ideal for any boxer, let alone a lightweight of 34, and, moreover, it’s a shame more isn’t being made of a quality operator who is undoubtedly one of the most aesthetically pleasing we have in the sport today. We may only come to appreciate this – Lomachenko’s brilliance – once his career is over, sadly.

Still, for now he embarks on another title run, which can only be a good thing, and his next opponent, Ortiz, should bring out the best in him, too. Known as “The Technician”, a nickname almost blasphemous when used in the company of Lomachenko, Ortiz is a promising, well-schooled lightweight who can operate as either an orthodox boxer or southpaw. He used both those stances to good effect against Jamel Herring, a former WBO belt-holder at super-featherweight, in May, a 10-rounder Ortiz won via decision. That result alerted others to his potential and was also his second win of this year, following hot on the heels of another decision, this time against Nahir Albright, in February.

As well as more active than Lomachenko, Ortiz is eight years his junior at 26 and is very much enjoying the fruits of momentum right now, with the only blip on his 17-fight pro record a majority draw he recorded against Joseph Adorno in April 2021. Ortiz was dropped twice that night, once in the second round and again in the seventh, but battled back well to ensure he remained undefeated.

Clearly, however, despite Ortiz’s potential and his recent form, there is a gulf in class and experience between him and Lomachenko, 16-2 (11), something most will expect to see demonstrated on Saturday night. In fact, one could even go so far as to argue that Ortiz, while still unproven, ranks fairly low down on the list of opponents Lomachenko has so far faced and overcome in his career. That likely says more about Lomachenko’s level than it does Ortiz’s, but, either way, it is hard to see anything other than a wide Lomachenko victory, probably on the cards, when the two compare their respective techniques this weekend.

Supporting Lomachenko and Ortiz at the MSG Theatre is a featherweight fight between gifted Cuban Robeisy Ramírez and Argentina’s Jose Matias Romero,who replaced Jessie Magdaleno, Ramírez’s original opponent, when Magdaleno withdrew due to a hand injury.

This should be a straightforward enough assignment for Ramírez, 10-1 (6), who, like Lomachenko, is one of the most skilled boxers on the planet, with little on Romero’s record suggesting he will offer much in the way of upset potential. At 26-2 (9), he is both experienced and durable – never stopped – but clearly lacks the punch power to threaten most opponents, especially those of a decent grade, and has also come up short in two previous trips to the US. The first man to beat Romero was Isaac Cruz, who outpointed him over 12 in March 2021, then seven months after that Michel Rivera did the same, this time over 10 rounds.

Those trips to America served to highlight Romero’s limitations and, with this in mind, it’s tough to see how Ramírez, a fighter superior to both Cruz and Rivera, struggles to do something similar, if not better, this weekend. He is on a roll right now, too, Ramírez, with eye-catching stoppages of Eric Donovan and Abraham Nova already scored this year, and one would back him to become the first man to stop Romero should he find himself inspired to continue this run of knockouts in New York.