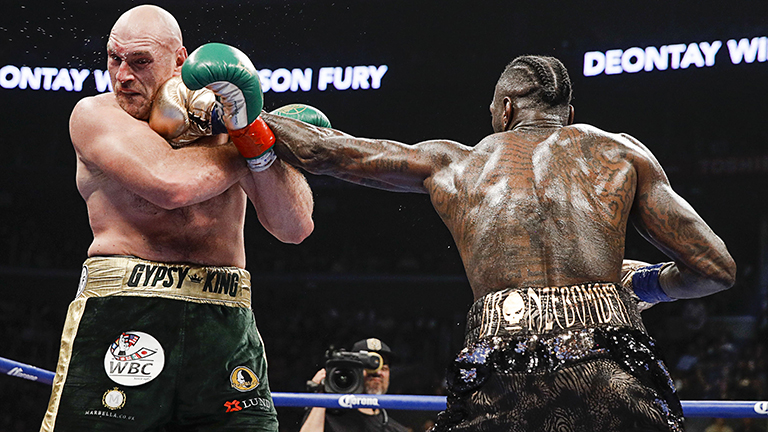 I think Tyson beating Klitschko is the bigger win. They are both great wins but Klitschko was such a dominant champion at the time and Tyson, because of this, was a big outsider. Not many expected him to win that night.

The conclusive nature of the Wilder win against an unbeaten, recognised world champion in his prime makes it the better result.

I think Tyson Fury has done exceptionally well in beating Wladimir Klitschko and Deontay Wilder in their own backyards. Both fights were great accomplishments but, for me, the Wilder victory was slightly better because Fury totally dominated and stopped Wilder. Plus, it gets us closer to determining who is the predominant heavyweight in the world.

A split decision. Both were phenomenal performances, especially away from home, but I give the Wilder win the nod because he was apparently invincible whereas Klitschko had been caught, hurt and beaten earlier in his career. Fury worked them both out, but the shock tactics flummoxed and flattened Wilder. Literally stunning.