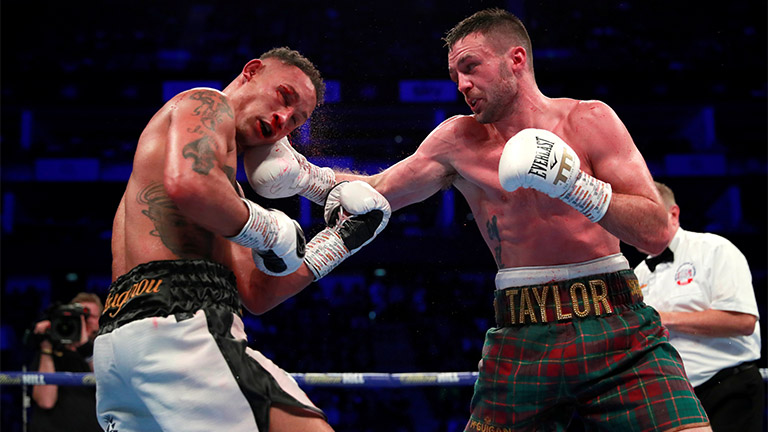 The main things I will remember will be Andy Ruiz beating Anthony Joshua and then Joshua regaining his belts. Another highlight was seeing the excellence of Vasyl Lomachenko, first against Anthony Crolla and then against Luke Campbell. Lomachenko is the best fighter on the planet.

I’ve loved it. Personally, being at the two Joshua vs Ruiz fights was scrapbook stuff. Errol Spence vs. Shawn Porter was superb, and the total chaos of Mairis Briedis vs. Krzysztof Glowacki was unforgettable too. My favourite fight would have to be Josh Taylor vs. Regis Prograis, though, and I’ll go with Taylor as my fighter of the year with Ruiz a close second.

For me, the year will be remembered as a big learning curve and I’ll call this chapter ‘growth’. Aside from that, Terence Crawford, my favourite current fighter, had a great year. I love the boxer-puncher style he has. He will box your head off and then take you out. Eighty percent of his output is his jab. He takes his time, he’s very patient and he will go to war if he has to. I really like him.

Josh Taylor winning the World Boxing Super Series was a great moment for British boxing. Josh wasn’t the favourite to win the tournament in most people’s eyes but beat a future star I some people’s eyes in Regis Prograis. Also, Deontay Wilder’s one-punch knockout of Luis Ortiz when losing stands out from this year.