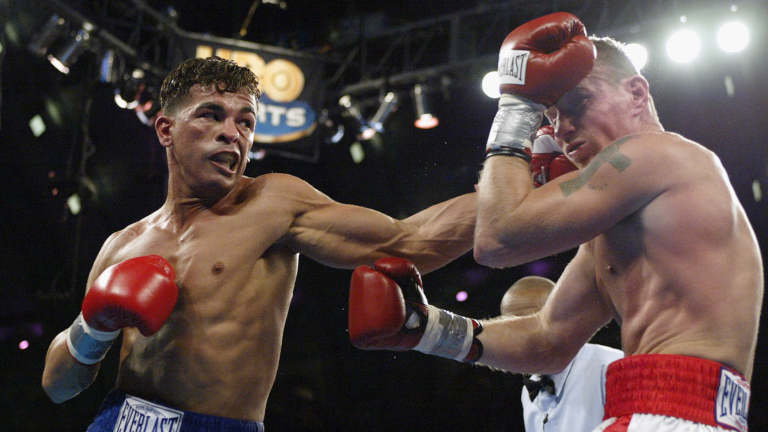 It has to be Arturo ‘Thunder’ Gatti. He had so many great fights in his career and made a habit of going back to the well time and time again and finding it full when for most fighters it would have been empty.

A hard choice but it would have to be ‘Marvelous’ Marvin Hagler. He had it the hard way from the very beginning and to see him start off on the small-hall circuit as a contender and have nearly 50 fights before getting a world title shot is something that will never happen again. Seeing his 13 title defences would be a great watch.

Floyd Mayweather Jnr, undoubtably the best ever. I’m a boxing purist and his skills are second to none. Even the fights that were meant to be tests he won with ease. His hard work and determination to stay at the top for all them years is to be admired. He is TBE: The Best Ever.

Having resisted the urge to go with Muhammad Ali – the sport’s greatest ever showman, if not greatest ever fighter – Manny Pacquiao’s would be worthy of anyone’s time. He’s not even my favourite fighter of his generation, but his fights were not only as high in quality as they were entertainment, they gradually demonstrated a remarkable evolution, unlike almost any other.