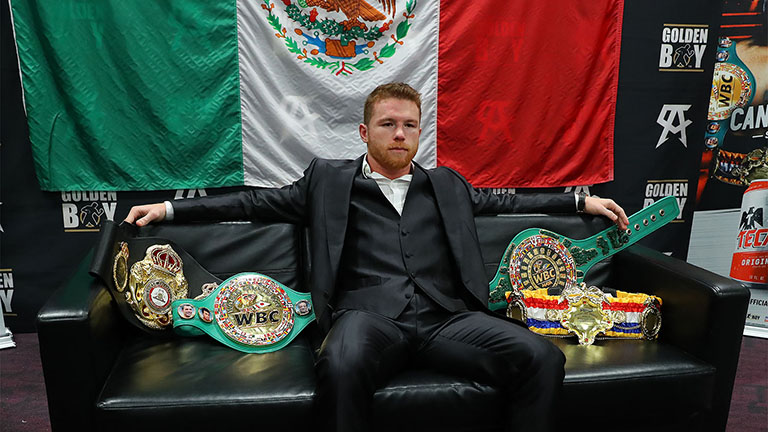 I think Billy Joe Saunders has a great chance. He is a very good boxer. But you can’t back against Canelo Alvarez, especially with Saunders being a natural middleweight. It is definitely an interesting fight, though.

I give him an exceptionally slim chance. I see a frustrating evening for Canelo, who won’t look good en route to a 116-112 (x2), 115-113 win. I can’t see Saunders stopping Canelo and he won’t be dominant enough in what will be a close fight to earn a decision on Cinco de Mayo weekend in Vegas.

I will definitely be rooting for Billy Joe as I think that he is one of Britain’s most talented world champions in recent times. But you have to favour Canelo winning this one. He is an elite world champion and has beaten fellow elite world champions for the past seven or eight years at different weights. I think his peak time was around two years ago, but his record speaks for itself. I think he beats Billy Joe on points in a good, competitive fight.

If anyone can do it, Billy Joe can, but I’m not convinced 168lbs is the weight he beats Canelo at. For Saunders to beat Canelo he has to dominate most exchanges against the best technician he has ever faced. Saunders is on an Erislandy Lara level, and Lara was someone many had beating Canelo, but Canelo has gotten so much better versus southpaws, defensively, and counters so well. I’ll go for Canelo by late stoppage but pray I’m wrong.