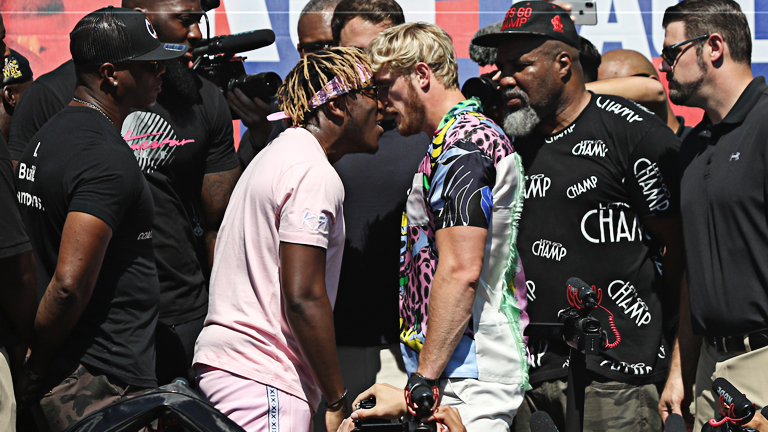 KSI and Logan Paul will make the move from YouTube to the pro boxing ring this Saturday, but should their fight be celebrated or ignored?

I’m not interested at all. Anyone is entitled to lace up the gloves if they want to but there are levels and these two are white-collar level and haven’t earned the right to call themselves professional fighters, let alone headline over a world title fight. The internet is a good thing, but it can make people think that they are ‘superstars’ when they’re not.

Doesn’t interest me at all but I would watch it if it was on and I was doing nothing else. A lot of people moan they get all this exposure that most boxers work towards all their life and don’t get anywhere near, but good luck to them. They have created their own hype, so they fully deserve it.

Precisely none. The only way I’ll end up paying any attention at all is if I’m told there’s a comical knockout that shouldn’t be missed. I understand the appeal for those involved, but I hope it’s the last of these types of fights we see.

Happy to say I’ll be in Disneyland Paris when that novelty takes place. I’ll hopefully find some YouTube footage of the undercard. I like Billy Joe Saunders and I’m interested to see how Devin Haney gets on. As for the fight between YouTubers, I didn’t watch the first and I won’t watch the second, but my kids will no doubt tell me the result.