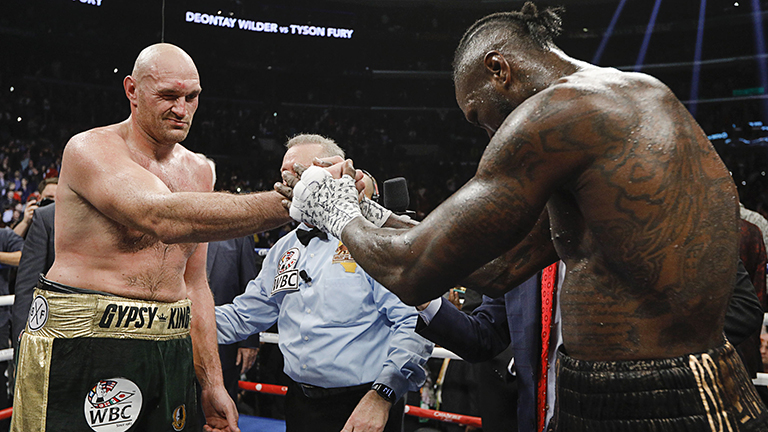 It’s a hard one. My heart says Fury and my head says Wilder. Fury needs full concentration without any mistakes this time. We know he is the better boxer but if Wilder lands like he did in the last round of the last fight, I think this time it’s game over.

It’s the same fight all over again: puncher vs boxer. I suspect it will be a cagier fight at the start, but Fury will use educated boxing and more pressure this time. The cut eye from the Otto Wallin fight is a concern. A one-eyed Fury gets nailed by Wilder. The key is, can Wilder get a fitter Fury into a position to nail him?

I’d love to see Fury win but think 24 rounds is a long time in a ring with a puncher like Wilder. Heart says Tyson points but is overruled by my head that says Wilder within six.

If Tyson Fury can use his reach, movement and boxing brain, he will win a clear decision. Wilder clearly has the power to hurt Fury but if they fought 10 times I’d expect Fury to win at least seven of them.