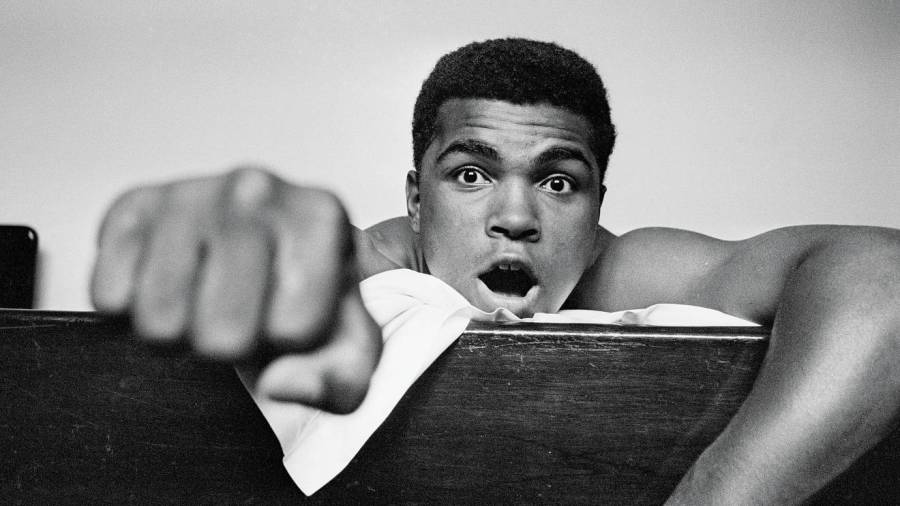 Matt Bozeat compiles the best boxing quotes that will inspire you, that will make you laugh, and make you think

“I am a man of destiny. I’m gonna win the heavyweight championship of the world, earn a million dollars and get me a chauffeur-driven, tomato-red Cadillac with built-in hi-fi, television and telephones. I’m gonna make the world sit up and take notice and say, ‘Wow, this kid is the greatest.’”
– Muhammad Ali, then Cassius Clay after winning gold at the 1960 Olympics

“When I retire I want to get very, very fat just once. I’m gonna stay up late and inhale the fumes of good jazz in nice, smoky nightclubs with good jazz combos. I’m gonna sleep late in the mornings and never run again. I’ll burn all my training clothes and hang my gloves way up out of reach. My wife will hide my dusty scrapbooks and my picture albums and I’ll have to walk down to the gym every day and shoot the bull with the other old timers, as I watch the kids and think to myself that I could’ve beaten all of them in my time. That’s an old fighter’s privilege.”
– Archie Moore

“Boxing is a contest of will and skill, with the will generally overcoming the skill, unless the skill of one man is much greater than the skill of the other.”
– Cus D’Amato

“I would go to school and just think about making no mistakes in the gym that night. If I didn’t I would sleep well. I knew how to tie him up in a certain way, take certain risks, wear them down and I know when they are fatiguing. When I get in the ring I know what it is going to take.”
– Floyd Mayweather Jnr

“I know fighters don’t age gracefully. I know fighters get hurt. But I also know in my heart, I gotta fight. At least one more time. Why? I’ll tell you why; Love.”
– Paulie Malignaggi

“Fighters struggle when they aren’t in the limelight no more and things are going badly for them. They finish boxing and the promoters tell them they should have saved their money. Yeah, I should have saved it, but sometimes we aren’t paid enough and every ha-ra-ra that’s around us thinks: ‘I wanna be around him because he’s on top of the world.’ But, man, when it falls down around you, it’s just you by yourself.”
– Iran Barkley

“Everyone suffers defeats and disappointments in life. But in boxing it happens in front of thousands and it’s online for millions to see. You have to live with it forever. The worst thing is taking a physical beating from a man in public. It’s not like losing a game of tennis.”
– Andy Lee

“The press are all beer-swilling, gin-swilling slobs.”
– Joe Bugner

“You don’t go mad. You don’t shoot yourself. Soon this will be old news. Maybe a plane will go down or a great man will be assassinated. That will be more important than me losing. I’m not crying.”
– Muhammad Ali (after losing to Joe Frazier in 1971)

“The man hasn’t held the title for 11 defences for nothing. He’s a great champion and he proved that tonight. I have to say that and I’ll say this too: it was a damn good fight.”
– Thomas Hearns (after losing to Marvin Hagler)

“Everything is a sacrifice. The diet, your family, getting your body into shape with the extreme training. But you have got to give it everything you have to get to your goal.”
– Julio César Chávez

“Sugar Ray Robinson may have been great but I am greater. Robinson held the title several times, but that’s because he kept losing it. I’ll only hold it once because I’ll never lose. That’s great.”
– Carlos Monzón

“Shakespeare? I ain’t never heard of him. He’s not in no ratings. I suppose he’s one of them foreign heavyweights. They’re all lousy. Sure as hell I’ll moider dat bum.”
– Tony Galento

“You are there to win at all costs. It’s the killer instinct. If I saw a man with a cut eye I didn’t think, ‘Oh dear, what a terrible eye.’ I said, ‘Good! Wallop! Take that! Take that!’”
– Henry Cooper

“I look at my life and it’s a miracle that I’m here. I was between a heroin addict and a crack addict. How did I make it out of that? I don’t know. It is funny because those hardships and struggles, all those things forge you into what you are. You bring all of that into the ring. When people look into your eyes, they can see it, they can see ‘he has been through something.’”
– Andre Ward

“Hey, I’ve been on my own since I was 15. My life was hell. I slept in cars. I went to school with holes in my sneakers and put cardboard in ‘em but the snow still came through. I got beat up by gangs all my life. Life is a mother f**ker.”
– Leon Spinks

“It’s hard being black. You ever been black? I was black once – when I was poor.”
– Larry Holmes

“They don’t need judges for my fights. I’ve only been 10 rounds once in 39 fights. A lot of people think you have to get in the ring and spend an evening there. The longer you are in there, the more chances of getting hurt. Fatigue makes cowards of us all.”
– Jerry ‘Wimpy’ Halstead

“It was pain like I’d never known before. That’s why I said ‘never again’ when someone suggested a rematch with Benn. I never wanted to see that man opposite me in a ring in my life.”
– Chris Eubank (after beating Nigel Benn)

“For most of my life, nobody listened to what I had to say. Now, wherever I am, everyone pushes and shoves, trying to get so close they can hear me.”
– Marvin Hagler

“When I was fighting, I was a very popular fighter. I had lots of friends. It’s funny. Literally overnight your phone stops ringing. It’s one of the most brutal sports inside that ring and outside the ring’s just as brutal sometimes. It’s tough, man.”
– John Murray

“When you get hit cleanly on the temple or chin, it’s like someone unplugs your computer. Everything goes black.”
– Michael Bentt

“I don’t think beyond one fight now. At one time I used to make plans, but I realised that is such a precarious business that one fight might be the last.”
– Sylvester Mittee

“Life can get boring sometimes. At least when you’re fighting there’s a little action, something to live for, something to get fired up about. Life can be pretty humdrum sometimes. Fighting is very exciting. You train, you have a sense of purpose all the time. There’s something happening. Every fight can change your life. You can be riding high; you fight some bum and lose – hey, you’re in trouble. You beat a guy ahead of you, you jump up another rung of the ladder. It’s like history-making time.”
– George Chuvalo

“Asking me to fight again right now is like asking a woman who was just in nine hours of labour to have another baby.”
– Bernard Hopkins

“Don’t feel sorry for me. Nineteen years of boxing was paying off for me when I took a great fall. I’m the one who kept thinking one more fight, one more fight. It just didn’t happen, not the way it should have.”
– Ray Seales

“I couldn’t relax at the start. With 9,200 screaming Glaswegians willing you on, you would have to be a zombie not to feel the pressure.”
– Jim Watt

“I zigged when I should have zagged.”
– Jack Roper (after being blasted out inside a round by Joe Louis)

“I never lost a fight on a foul in my life. I’d give ‘em the head, choke ‘em, hit ‘em in the balls, but never in my life used the thumb. You’re fighting, not playing the piano, you know.”
– Fritzie Zivic

“I couldn’t pass judgement on no one. I haven’t been perfect myself.”
– Sonny Liston