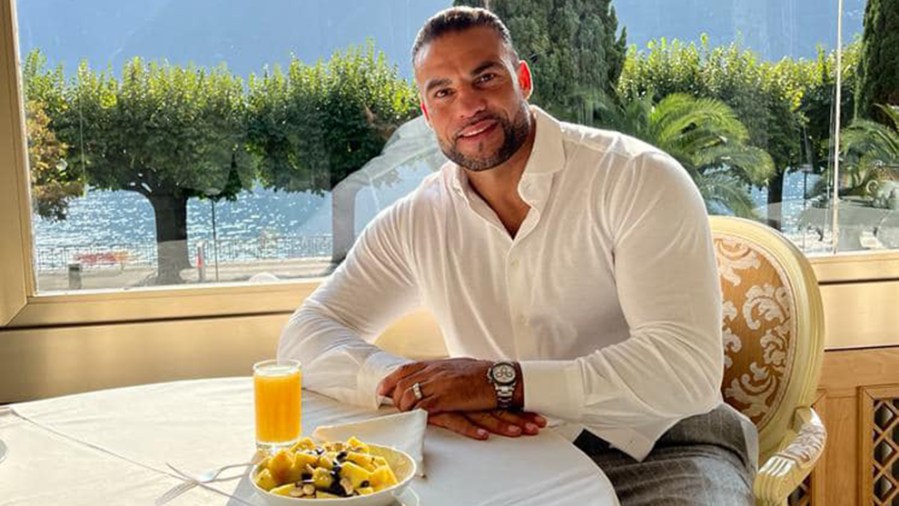 Without a worthy opponent Tyson Fury is no more appealing than watching Ian Brown without The Stone Roses, writes Elliot Worsell

THE only ticket more unpopular than one to an Ian Brown solo gig this month might be a ticket for the mooted December 3 heavyweight fight between Tyson Fury and Mahmoud Charr, either in Manchester or Cardiff.

Rather appropriately, those two things collided on Monday – news of Fury possibly fighting Charr, and footage of Ian Brown doing bad karaoke – and all of a sudden promoters and PR bods up and down the UK were to find themselves attempting to both flog a dead horse and, at the same time, rebuild trust.

For having got wind of what was going on, it wasn’t long before the people had spoken and it became clear, abundantly so, that they don’t much like the idea of an ego-driven, big-name performer trying to get by on past success all the while taking their audience for granted and, worse, insulting their intelligence. In other words, they don’t like being tricked. They don’t like being promised one thing and delivered something else entirely.

Indeed, just as the lead singer of The Stone Roses is nothing without his band, or any band for that matter, Tyson Fury, for all his personality, is not enough to carry a fight or an event on his own, irrespective of previous achievements and his standing as world heavyweight champion. He is, when attached to a Dillian Whyte or a Deontay Wilder, as compelling a figure as there is in the sport (in the ring, exclusively). Yet, gift him the luxury of choosing his opponent, and the 6’9 Fury, much like Brown, is prone to hitting bum notes on stage and resembling little more than a magician without his props.

Chances are, too, that should Fury vs. Charr get made, the fury aimed in the direction of the “Gypsy King” will be as strong as it has ever been. It will likely be this way, one, because Anthony Joshua was the man many hoped he would face on December 3, and, two, because Mahmoud Charr, 33-4 (19), is not an opponent with whom Fury was ever expected to one day share a ring. Moreover, there is an increasing sense with Fury that people hip to his antics are getting a little tired of the heavyweight champion’s constant retiring and unretiring, not to mention his shameless deadline-setting and bending of the truth.

This, especially given his current status, can be somewhat infuriating and is perhaps all the more infuriating when one considers how effective Fury can be on fight night, when, at last, he is forced to show that actions speak louder than words. He needs more of that: walking rather than talking. He also needs to bear in mind that he is now the heavyweight champion of the world and that with this comes a responsibility to set a standard and maintain that standard. He has done this with recent wins against Wilder and Whyte but now, with him unable to travel to America for obvious reasons, the fear is that he will exploit the power of his current position by stalling or playing games.

This is not, rest assured, a case of Fury lining up a tune-up opponent or comeback opponent, as was the case when he fought cruiserweight Sefer Seferi in June 2018. Nor is he returning from a layoff, or an injury, or gradually building towards a future blockbuster already in the pipeline (at heavyweight nothing is that simple – and don’t we all know it).

Instead, should he go ahead and fight Charr and not Joshua on December 3, one could argue Fury is merely taking his penchant for practical jokes – something he has been doing for years on social media – to the very extreme, stretching the joke until it snaps like a rubber band. He will, in doing so, be highlighting both the extent of his power – his hold on the sport – and the apparent stupidity of those he calls fans or followers. For it is those people, those who bizarrely hang on his every word, he is ultimately laughing at when making moves such as this one. It is those people who are the true sausages and dossers in the mind of the “Gypsy King”.

Or, then again, maybe I’m wrong. Maybe the truth is that Mahmoud Charr deserves the fight. Maybe, in the end, he deserves the fight simply because, to quote Fury, he is a “real fighting man”, and because, like Fury, he also talks a good game and knows how to sell himself when given the platform.

Those things, in 2022, are as important as anything else when it comes to securing opportunities in boxing and, what’s more, Charr has been waiting for this opportunity, or at least a version of it, since 2012.

That was the year the German-based Syrian first started calling out British heavyweights and thus came to the attention of the British public. He was then, to his delight, booked to fight one of these heavyweights the following year in Manchester, only for that fight to suddenly fall by the wayside when the heavyweight in question, David Haye, preferred the idea of fighting Tyson Fury instead.

There was more money to be made from a Fury fight and, in that respect, the switch made sense. Which is precisely why, like a man who falls in love with the stripper booked for his stag do and then no-shows the wedding, Haye elected to fight Fury rather than Charr, leaving Charr jilted at the altar.

Boxing being boxing, of course, none of those planned fights would ever actually happen. However, despite this, the bad karma surrounding that strange, dirty and unseemly ménage à trois has remained, circling, plotting, eager to one day exact its revenge on both the key players and us, those who rejoiced when Charr was bumped in favour of a better opponent and fight.

Now, in 2022, we feel its wrath in the form of Fury vs. Charr, a potential fight that on the one hand makes absolutely no sense whatsoever, and yet, in the context of boxing’s dark, ugly heavyweight business, not only makes total sense but is perhaps, in a roundabout way, exactly what Mahmoud Charr deserves for once being told to shut up and disappear.