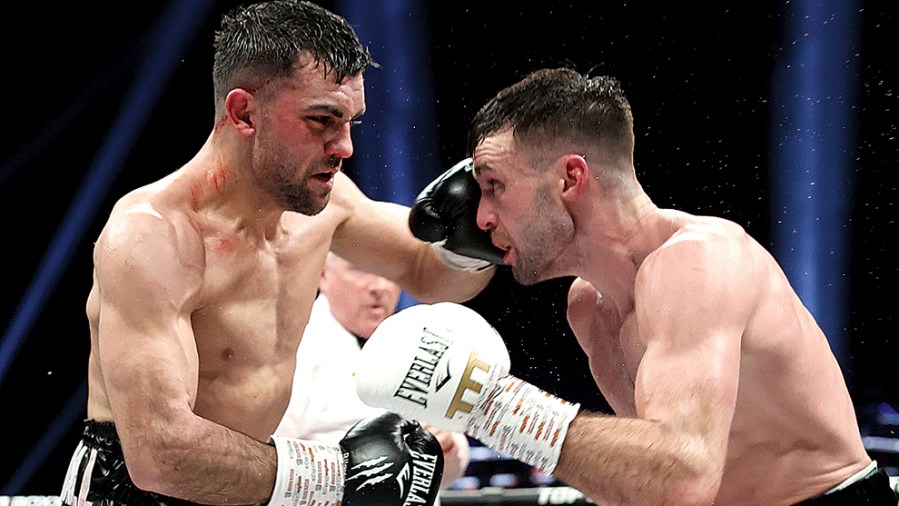 Jack Catterall didn't officially win a fight this year, yet no performance in the UK was better than the one he produced against Josh Taylor, writes Elliot Worsell

WANTING it, if only to remove from my mouth the bitter taste which had lingered since February, I kept waiting all year to see a performance in a British ring better than the one Jack Catterall produced against Josh Taylor at super-lightweight 10 months ago. But, alas, despite my patience, it never arrived.

Stuck with the taste, as well as memories of how good Catterall looked that night in Glasgow, the sense of disappointment returned with interest this week when I attempted to compile a list of potential “British Fighters of the Year” for Boxing News’ first issue of 2023 and realised Catterall, in going (officially) 0-1 this year, was unlikely to feature on it. Not at number one. Not at number two. Not even at number 10.

Or, then again, maybe he could feature – and maybe he should feature. After all, it was not Jack Catterall’s fault that what happened happened on that miserable February night in Scotland. Nor, for that matter, was it Josh Taylor’s. It was boxing’s fault, that’s all. Which is to say, in no other sport will you watch an emphatic winning performance like the one delivered by Catterall only to then be told at the end of the performance that what you had in fact witnessed was a losing performance. That’s a whole new type of brainwashing; a form of gaslighting seen only in the most volatile and toxic of relationships.

In fact, one could argue that to watch boxing, and especially a fight like Catterall vs. Taylor, is to essentially watch a story unfold only to then be informed at its conclusion that what you had watched was entirely different from what your eyes and ears had you believe you had watched. “No, sir, that was not Toy Story III,” you might be told by an usher on the way out of the cinema. “That was in fact The Exorcist III.” 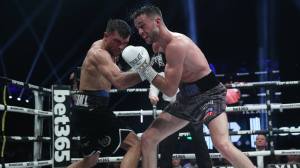 Back in April, when needing a fight or performance to reignite my wavering passion for the sport, Catterall delivered that and then some. He was, going into that title challenge against Taylor, a considerable underdog, relatively unproven and deemed no match for his decorated Scottish opponent; someone whose stock has only soared since turning pro; someone who had every right to call himself Britain’s best pound-for-pound boxer.

Indeed, much of the initial excitement when seeing Catterall stand his ground with Taylor and give as good as he got probably owed to this: the fact he was an underdog, the fact nobody saw it coming, the fact he was competitive. But then, after that period in the fight, once Catterall had established his superiority (and, make no mistake, that is precisely what he did), it became less of a shock to watch him go about his business and more a pleasure, a privilege. For by then it was not only unexpected, this dominance, but it had been established by the kind of performance rarely seen in a British ring: one full of clever traps, intelligent movement, beautiful counter-punching and, to top it off, a challenger showing the nerve to also beat his opponent at his own game.

For me, watching from television, it had a bit of everything. It had everything you want to see in a performance from a purist’s point of view, as well as enough drama and enough potential for it to all go wrong to keep even the casuals invested in the action. All it needed, in fact, when the 12 rounds were over, was for the right decision to be delivered and for Jack Catterall’s arm to be raised in victory. Then, and only then, would we all be able to go home happy; happy to have received confirmation that what we had just witnessed was, according to three ringside judges, the excellent boxing display we were all certain we had witnessed.

Yet, sadly, and not for the first time in this sport, two of the three judges saw something different that night, which made Catterall vs. Taylor no longer the best boxing display of 2022 but instead, in the UK at least, the most egregious decision seen this calendar year. Worse than that, such was the effort he put forth, and such was the magnitude of the fight and all that was at stake, this petty crime done to Catterall carried a weight far greater than one done to a boxer competing on an undercard somewhere – or, conversely, a boxer with a recognised name and reputation whose key to a rematch would lie in the amount of money they could bring to the table. For Catterall, having waited patiently for his opportunity, this was it. This was his moment. His one chance. He knew, if unsuccessful, it may never come again.

This feeling was exacerbated, too, by his personality – low key, quiet, unassuming – and the fact that in this day and age fighters and men like Jack Catterall are easy to ignore. He is not, for example, the type to blow his own trumpet, beat his own drum, or kick up a fuss either when wanting a title shot or when, in that very title shot, he is robbed blind. He is, in other words, the type of fighter who suffers a setback like this and then, having shown his danger in the fight itself, is never afforded another opportunity to (a) right the wrong or (b) beat a different champion for another belt.

The fear of this happening to Catterall wasn’t assuaged by the Sky Sports’ team reaction to the verdict (which, to their credit, was full of just the right amount of shock and indignation). Nor was it assuaged by Josh Taylor’s post-fight interview that night, which, conducted with emotions running high, was one fuelled entirely by pride and stubbornness and a desire to control a narrative he could feel, even then, wasn’t reflecting him in the best way. 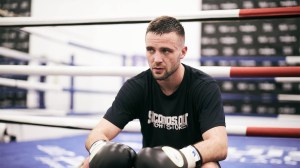 Thankfully, though, in time Taylor, a true champion, came around to the idea of a rematch with Catterall. Not just that, he has decided to stay at super-lightweight, a division he appeared desperate to leave post-Catterall, and given up on the idea of making it big in America, if only temporarily.

This means that while Catterall still doesn’t have the February win he deserves going into Christmas, nor the belts he deserves, he does at least have something: hope. He has hope that things will be different second time around (with the rematch mooted for March 4, 2023) and he has hope, too, that Taylor will have been so spooked by his performance last time, which stunned just about everyone, that controlling him in the rematch will be even easier than it looked back at the start of 2022.

Taylor, of course, will contest that point of view. A fine fighter in his own right, he will insist that much of Catterall’s success in February – if allowing himself to concede there was any – stemmed from his own complacency and reluctance to view Catterall beforehand as anything like a threat. He was, it’s true, seen as a considerable step down from the likes of Regis Prograis and Jose Ramirez, the two men against whom Taylor built his reputation at super-lightweight. He was also seen as someone Taylor could get to grips with, perhaps early, and have a short night.

That this never happened came as a surprise to not only those watching the fight from afar but also presumably Taylor. Perhaps that’s why all he did on the night was fight hard at the start and then fight harder when he realised fighting hard wasn’t enough. Perhaps that’s why he didn’t get his game going until it was too late and he had, it seemed, lost too many of the rounds.

At any rate, we’ll never know. Only Josh Taylor knows why he found Jack Catterall such a difficult puzzle to solve on February 26 and only Josh Taylor will know deep down whether he believes he won the fight or not.

All I know, having watched the 12 rounds they shared 10 months ago and having watched all the other so-called great performances produced in British rings year, is that nothing dazzled me quite like what Jack Catterall delivered against the odds inside the SSE Hydro. Sure, Claressa Shields schooled Savannah Marshall with typical swagger and style, Joe Joyce juggernauted Joseph Parker in a display that defied logic, Tyson Fury silenced Dillian Whyte with an uppercut from hell, and Leigh Wood and Michael Conlan offered enough violence to satiate the bloodthirsty. But, in terms of pure boxing mastery, if you know boxing and you know what you are looking at, nothing came close to topping what Jack Catterall did in 2022. Nothing.

It’s just a crying shame two ringside judges were looking for something else. Or not looking at all.