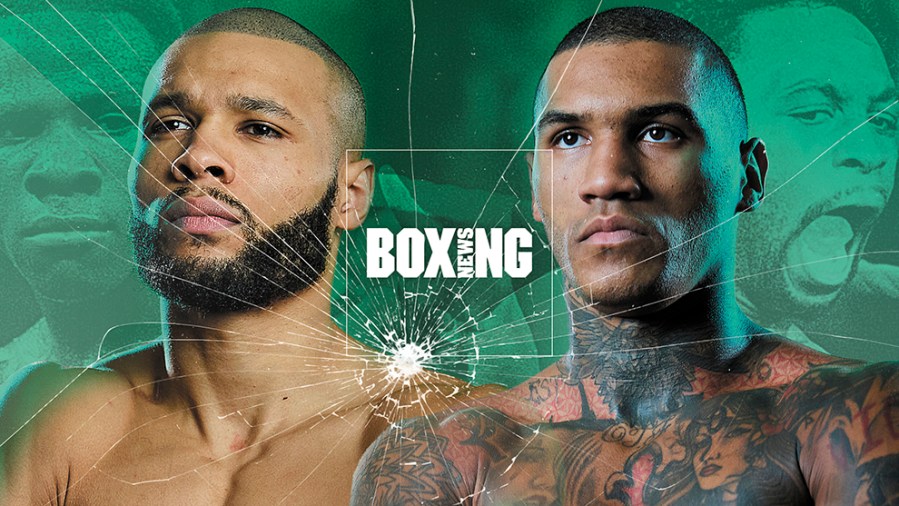 A light-heavyweight fight involving two unbeaten boxers with a combined 64-0 record should generate more interest than it has, writes Elliot Worsell

“DID you watch the fight at the weekend?” I was asked by my youngest brother, 10 years my junior, when our paths crossed earlier this week.

“Which fight?” I replied, testing him, aware there had been two: Vasiliy Lomachenko vs. Jamaine Ortiz and, in this case the more likely option, Katie Taylor vs. Karen Elizabeth Carabajal.

“The Jake Paul fight,” he said, the shame appearing on his face only once he had seen mine.

It was, on reflection, an answer more disappointing than surprising, merely confirming what we have suspected for some time: boxing means one thing to us, those with an interest in authenticity, and something else to people with other things to both watch and do. It proved, also, that the lines between what is real and what is not has become increasingly blurred, hard to differentiate, and that often the spotlight given to fights like Jake Paul vs. Anderson Silva inadvertently dims the spotlight ordinarily reserved for proper fights like Lomachenko vs. Ortiz and Taylor vs. Carabajal.

Those, alas, were not fights watched by my younger brother last weekend, nor were they watched by many others outside the hardcore boxing fraternity both seduced and repulsed by the sport in equal measure. Those were fights, despite the titles and quality on offer, considered secondary to the real main event of the weekend just gone: a fight involving a YouTuber and a former UFC champion now 47 years of age.

I point this out not to encourage another Jake Paul pile-on – there are enough of those already. It is instead merely an attempt to highlight the way things are going in boxing at present, with the celebrities, scandals and soundbites far more appealing to fans – that is, the so-called new fans the sport is apparently trying to attract – than anything that happens in the ring over 12 rounds for which some sort of knowledge or patience is required.

The same will apply this weekend, when a brilliant light-heavyweight battle between Dmitry Bivol, conqueror of Saul “Canelo” Alvarez back in May, and Gilberto “Zurdo” Ramirez, is watched by only a smattering of people all over the world. It takes place in Abu Dhabi, this fight, which both adds to the money pot and hurts its visibility, and is a fight in which the two fighters, combined, bring to it a 64-0 professional record (Bivol is 20-0; Ramirez is 44-0). It is, in other words, about as good as it gets in boxing, at least on paper, and is the kind of fight we should be shouting about and looking forward to and, on the night, feeling suffocated by the anticipation that normally precedes a showdown like this.

Yet, instead, there is a take it or leave it mentality surrounding Bivol-Ramirez, fuelled no doubt by a few things. The location, for one, certainly doesn’t help its case, nor, for that matter, does the fact it is being shown live on an app (DAZN) and therefore relevant only to those who keep track of such things. But bigger than that is the fact that because of the personalities involved, neither of which could be described as “big”, this fight has been relegated to being one for the purists and subsequently one easy to either ignore or avoid. Competitive and meaningful though it may be, not enough of an effort was made with either man, Bivol or Ramirez, during their formative years, or indeed as “belt-holders” (Bivol at light-heavyweight; Ramirez at super-middleweight), to make the coming together of the two anything more than an intriguing fight few people will go to the effort of actually watching.

Even the win over Alvarez in May did not do a lot for Bivol and his pursuit of superstardom (if he cares about such a thing). It certainly made people sit up and respect his talent, of that there is no question, but still one gets the sense his biggest paydays and opportunities will forever see him have to be the B-side as opposed to the star attraction. Ramirez, likewise, is on the face of it a marketable proposition, yet his career, spent mostly in the super-middleweight division, has been one of the slow-burning variety and has done little more than inspire curiosity in those aware of his progress.

Together they mean more than they do alone, of course they do, but even together, with 64 wins between them, it is hard to elevate Bivol vs. Ramirez to superfight territory or anything remotely close to that. Put Jake Paul in a ring on the same night, in fact, regardless of the standard of the man opposing him, and it’s fair to say Paul would again be the talk of the casuals in the days to follow.

That’s just the sad reality of things right now, given how loose and agreeable boxing has been with both its rules and entry exam. We have allowed everybody in and arrogantly pretended we know what we are doing, telling people it’s for the good of the sport (new audiences, innit). Yet, in truth, it is only the boxers with a dimmed spotlight, those who feel their own careers and major fights are secondary to celebrity guarantees, who can truly comment on whether boxing’s open-door policy has been beneficial or detrimental to them in recent years.

All we know today, on the eve of Bivol vs. Ramirez, is that there is an unbeaten Russian and an unbeaten Mexican currently holed up in a plush Middle East hotel preparing to participate in a fight shown live on an app, which few will watch and even fewer will recognise as important, real, or as good as it gets.

That may sound like a joke, or at least the setup to one, yet, unfortunately, it isn’t. The joke, if there is one, is on boxing. Always.