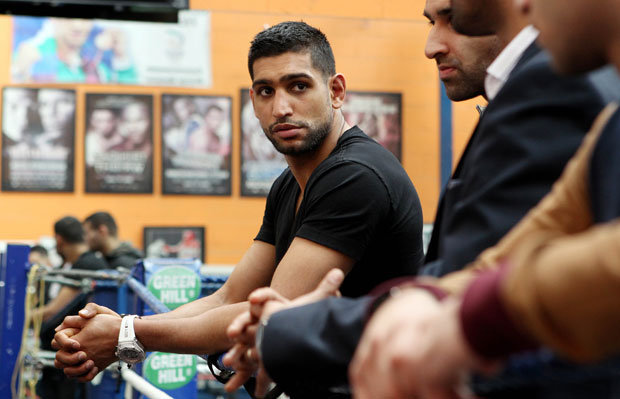 AMIR KHAN was arrested during the early hours of Friday July 4 on suspicion of common assault against two youths. Shortly thereafter he was released on police bail pending further enquiries.

This was a minor incident involving a misunderstanding between Amir Khan and two other youths.

On Monday July 7 Amir was notified by the police that the allegations against him had been withdrawn and the matter would not be pursued any further.