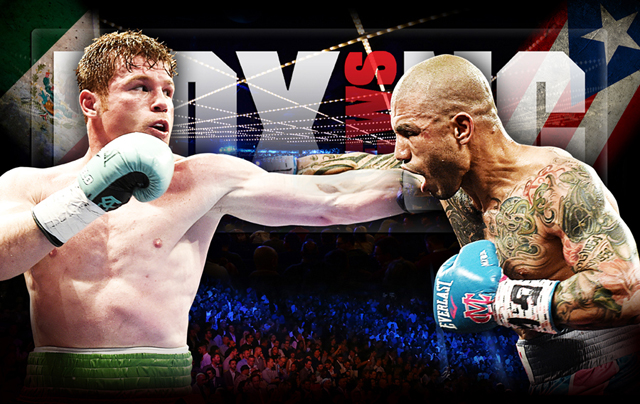 THERE’S not much to get my juices flowing in the boxing world at the moment. But that could soon change.

On September 5 we have Josh Warrington in Leeds, defending his Commonwealth featherweight title against Joel Brunker from Australia and it could be a dangerous fight for Josh if Joel travels well.

Of course I should mention that Floyd Mayweather is fighting Andre Berto the week after. I was thinking of going over to Las Vegas to watch it, but I had and the offer of a guided tour around Scunthorpe in an open top bus, and the forecast for that day is torrential rain, so that swayed me. It certainly sounded more exciting than watching Mayweather.

For those that watched Jamie McDonnell versus Tomoki Kameda in their first match-up will know the rematch – on September 5 – will be worth a watch. Jamie defends his WBA bantamweight title against the United States-based Japanese fighter he beat in May. The fight is back again in Texas where hopefully Jamie won’t have to climb off they canvas again and play catch up. Kameda’s only blot on his record was dished out by Jamie, and if we get the same unbiased scoring from the three judges I think it will be close again and hopefully the rising sun won’t shine on Kamada this time. If by chance it does, then Eddie Hearn will hopefully will be on hand to negotiate the rubber and this time get the fight over here.

Then to October and the cream of the fight anywhere in the world has got to be Andy Lee versus Billy Joe Saunders for the WBO middleweight title. If the fight had still been in Limerick I wouldn’t have made a comment as I may have been involved with it but as it’s in England, and I am too old to judge or referee in Britain, I will have to say I fancy Lee to have his hand lifted at the end. But Billy Joe will be back again, a bit like George Groves who is on the brink of a world title after the two losses to Carl Froch. You have to admire these guys, Derry Mathews, Anthony Crolla – fighters by name, fighters by nature.

Talking of fighters by nature let’s go to November. Miguel Cotto versus Saul Alvarez is scheduled, and though there’s plenty of time before the opening bell, just the announcement of the fight took my breath away.

A little snippet in last week’s Boxing News asked if there should be a mandatory retirement age for fighters. One of the replies said, no, it should be down to medical state and capability, and that the British Boxing Board of Control make similar decisions on licences quite regularly. My question would be if they make these decisions concerning retirements on fighters, why can’t the same procedure be implemented when referees are coming up for retirement?