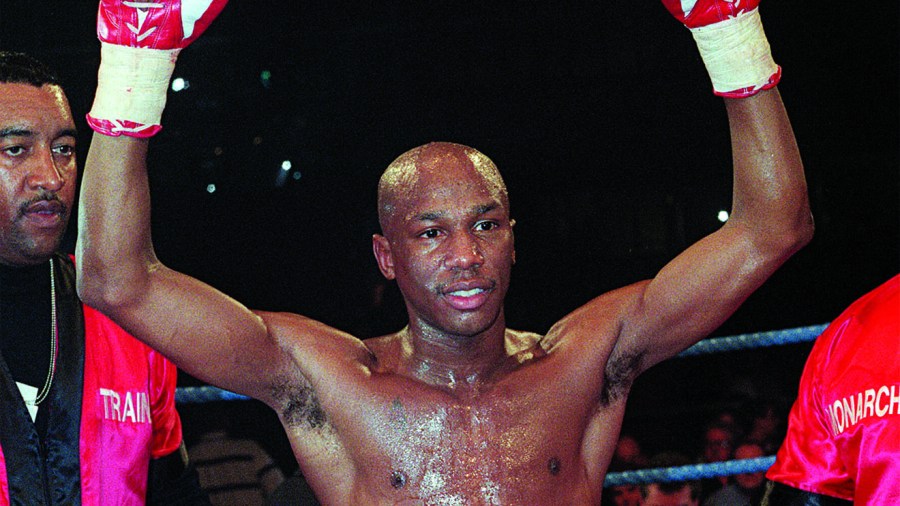 Not long after losing to Rafael Marquez on this day in 2003, Tim Austin was falsely accused of raping a 16-year-old girl

AFTER Aaron Pryor and before Adrien Broner, the city of Cincinnati, a region with an extensive fight history, clung to Tim Austin. Borrowing the moniker of movie icon Eric Stoner, Austin’s version of the “Cincinnati Kid” was a thunderous southpaw now largely forgotten, despite an Olympic medal from Barcelona 1992 and a dominant reign as IBF bantamweight champion later in the decade. An ardent disciple of a by-then-decaying Pryor shortly before embarking on his own professional crusade, it was important to Austin to pay it forward and impart his vast knowledge to an upcoming generation that included the aforementioned Broner.

“Adrien was nice kid,” Austin recalls. “I always remember him coming up to me when he was young saying, ‘I want to be like Tim Austin. I want to be world champion like you.’ Well you know what, he’s disappointed me because I ain’t nothing like what you see him get up to. All that stuff with strippers and money, did you see that? I was never like that.”

Austin sure wasn’t. The camera rarely followed him and from a time when the internet was considered a mere luxury, opportunities for self-promotion were few, predating the proliferation of social media platforms. Instead, Austin just fought. He fought for chances rather than purses and when his journey finally accelerated, his wages failed to keep pace. Austin just kept fighting, however, and was rewarded when he became IBF champion in the summer of 1997 as he tamed Mbulelo Botile in eight rounds.

Austin’s journey to this pinnacle was widely described by the typical clichés that had been used to define plenty before him and many since, but there’s a positivity about him that rarely fades during our lengthy conversation. An absent father ensured Austin was raised by a single mother on some of Ohio’s most dangerous streets and, after she passed away when a wayward Tim was only 15, neighbourhood housing offered shelter, while boxing provided purpose.

“It was boxing or pretty much nothing for me,” he reveals. “The temptation to go join a gang or go rob people did briefly appeal to me but that’s no life, and looking back I’m so happy that it’s a road I decided not to go down. I gave myself goals in boxing. They started out little, like just winning a couple of fights but then I wanted to be national champion and go to the Olympics and win a gold medal, and then when I had my gold medal I was going to turn pro and win a world title and be the best fighter Cincinnati had ever had. These visions were in my head all the time, and wanting to make my mom proud was of course a big thing for me.”

Austin can be satisfied. Although not accomplishing all he set out to as a confused and angry adolescent, a sizeable chunk of his ambitions were achieved in resounding fashion. A beaten triallist at the 1988 Olympic auditions, the Ohioan rebounded emphatically four years later in Spain to capture a bronze medal. Although his city lent their congratulations upon his return, similar plaudits from the sport’s most powerful figures proved scarce as Austin pondered his inevitable switch to the paid code. Eventually an arrangement was reached with Don King, but the riches and luxuries he generated for certain fighters failed to filter down to Austin.

“I’m going to ask you this, right, and take a few seconds if you want to work it out: how much do you think I earned during my whole career?” Austin asks me. Taking into consideration his Olympic success, lengthy status as the bantamweight ruler and his association with multiple King extravaganzas, I estimated a figure of at least $2m. A giggling Austin responds, “It’s probably around a quarter of that. That’s right, my entire career I made roughly around $500,000. Can you believe that?”

A feared southpaw carrying explosive power in his looping left hand, Austin, perhaps unsurprisingly, missed out on a host of marquee dance partners, and despite defeating several stellar competitors, a mainstream name that resonates with the larger public is missing from Tim’s 27-2-1 (24) ledger. Mark Johnson and Ricardo Lopez operated a division south whereas a weight-class above, Austin envisaged wonderful battles with Mexican icons, Erik Morales and Marco Antonio Barrera. Although Arthur Johnson and Rafael Marquez were good, that real crossover battle forever eluded Austin who tells me he came close to landing his white whale twice.

“Me and Johnny Tapia,” he muses. “That is the fight I wanted but every time it was put to Johnny I never got anything back. I sat down with Don King and I begged him for the fight but Don couldn’t get the fight done no matter how many times I asked. God bless Johnny and he was really a smarter fighter than people give him his due for, but that was a fight that would’ve really put my name out there. Another guy I put my name in for was Manny Pacquiao when he first came to the States but once again nothing come from it. Manny gone on and done what he’s done but him against Tim Austin would’ve got him off to the worst possible start back then. That’s how things went for me all the time, so it was a case of keeping my belt and looking as good as possible and hoping that the day would come when Don would call me and say, ‘Tim, get in the gym, because we got you this big fight.’ Don was basically him just doing all he could for guys like Mike Tyson and Tito Trinidad or trying to get big fights with Lennox Lewis. The whole time I was with Don, which was pretty much most of my career, he must’ve called me one time.”

His title was ripped from him eventually when quality Mexican, Marquez, ended his reign during a sadistic eighth session of a contest that Austin had otherwise controlled. After being bludgeoned through the ropes, Austin fought warily until he was rescued by the third man.

Despite the punishment endured by Austin, the agony was just the beginning as rape charges were brought against him by prosecutors regarding the allegations of a 16-year-old girl, shortly after the Marquez battle.

“The whole time I knew I was innocent and I knew the truth would come out eventually but do you know how hard it is to live in your own neighbourhood when stuff like that is flying around, and you have to wonder what your friends and people you’ve known all your life think?” Austin says. “S**t sticks and all the ‘Not Guilty’ verdicts or dropped charges in the world can’t save you from the gossip when an accusation like that was made. It was crazy and it took me a while to move on but I had to put it behind me because I still wanted to be a fighter and I wanted my world title back.”

The charges facing Austin eventually disappeared and his career continued two years later as he captured routine stoppage wins before being derailed by the unfancied Erik Aiken.

A second devastating loss in the space of four fights, mixed with a gruelling legal battle focusing on outlandish accusations, took their toll on Austin. His victory against those challenging his reputation, character and freedom came at a price as inactivity and unwanted pressure slowly chiselled away at the once-gloried fighter. His desire for another championship reign or spectacle fight knew no boundaries once upon a time, but this was a different age and Austin wasn’t suited to it.

“It was all over after the Aiken fight and I had to figure out what I was going to do,” Tim remembers. “So much happened to me so quick and before I knew it I was no longer a boxer and I had to apply my time to something else because boxing hadn’t given me enough to make my retirement that little bit sweeter. The last few years of my life have been really hard and I’ve even been homeless at certain points and had to rely on the kindness of good people to get me from one night to the next. When I experienced that it became important to help people and that’s what I’ve been doing ever since. I’m now a qualified chef cooking food every single day of my life and taking part in projects that mean the food I’m cooking finds its way to the homeless people of Cincinnati.”

The path currently trod by Austin perhaps strays from the role he envisioned he would play when he was a wide-eyed youngster flying home from Barcelona 25 years ago. “The Cincinnati Kid” dreamed of Pryor as a kid in Cincinnati and in a lot of ways he emulated his hero with telling displays of boxing beauty, but where “The Hawk” had Alexis Arguello to truly define his legacy, Austin never had that essential antagonist. It’s only now, years after his career ended, that Tim has found his purpose.