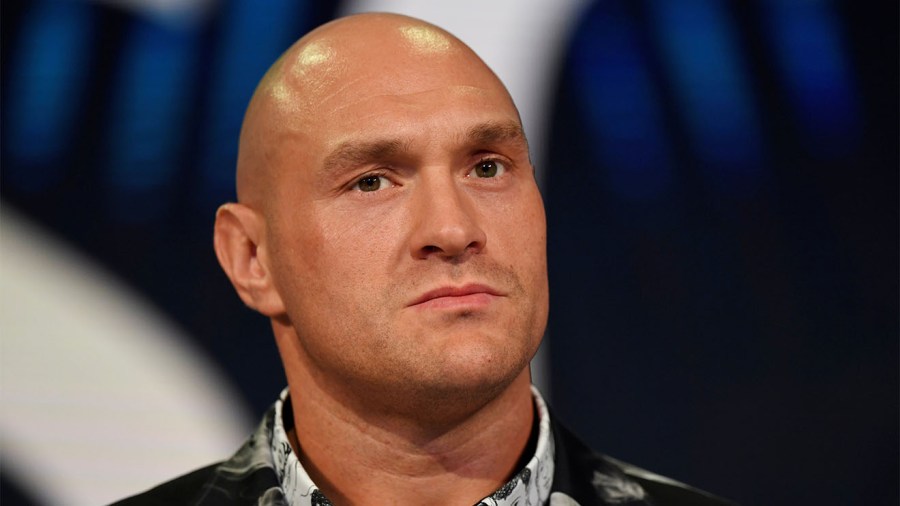 Ron Lewis examines and rates the most powerful and influential figures in the world of boxing today. Read part three here

30. Tyson Fury
On the back of a remarkable draw with Deontay Wilder in December 2018, Fury earned his place back at the top and, while he was seen as something of a pariah during his short reign as WBA, WBO and IBF heavyweight champion, with Frank Warren banging the drum, public opinion has now swung behind him. Bob Arum saw the potential, handing him a huge TV deal with ESPN and the route to a Wilder return.

29. Deontay Wilder
It is difficult to know whether Wilder’s stock went up or down when Anthony Joshua lost in June. Though it heightened the desire for a Tyson Fury rematch to decide the division’s top dog, Wilder – despite two eye-catching knockouts – failed to grab the world’s attention in the meantime. Should Wilder defeat Fury convincingly his stock will rise considerably. But whether he will ever be a marketing man’s dream like Joshua is doubtful.

28. Richard Sturm
Any fans of Las Vegas press conferences will be well aware of the curly-haired Sturm, the president and COO of MGM, who gets a few words – normally to give the latest odds – and then is able to sit back and have everyone else thank him. MGM are still huge players in boxing, with the T-Mobile Arena that they co-own the latest go-to venue for the biggest fights.

27. Brett Yormark
New York boxing used to mean Madison Square Garden – then the Barclays Center opened in Brooklyn and has fast established itself as a rival, not only to the Garden, but to Las Vegas. Yormark, the CEO of BSE, which runs the Barclays Center, the Nassau Coliseum and the Brooklyn Nets basketball team, recently solidified his boxing credentials by heading up an advisory board for Haymon Sports and the PBC.

26. Francisco Varcarcel
Once the lawyer of Wilfredo Gomez, the Puerto Rican became involved with the WBO when it was set up in Puerto Rico in 1988 and swiftly rose through the organisation to become president in 1996. More than two decades on, the WBO is now established as one of “the big four”, something that it has managed on his watch and largely through his abilities as a dealmaker to attract big names to his belts. But whether the WBO is good for boxing is another matter. Most people can stomach many smaller international belts, but the WBO’s establishment of a rival European title was a step too far, while their recent addition of a “global” title even worse. Or maybe someone just bought him a thesaurus for Christmas.

25. Daryl Peoples
Peoples has overseen a period of calm in the IBF’s existence. It’s remarkable that they survived the scandal that saw them investigated by the FBI for corruption. But under Peoples’s presidency, the IBF have become meticulous rule followers. This is most notable with their rigorous following of their policy on mandatory defences, which has led to numerous low-quality eliminators, which in turn lead to poor mandatory challengers.

24. Gilberto Mendoza Jnr
Having grown up watching his father being constantly criticised for the WBA’s shortcomings, one would have thought that Mendoza would have had an idea of what needed fixing when he took over as the organisation’s president. He has a long way to go. A promise to rid the organisation of multiple world champions shows no signs of being fulfilled, while the record of being soft on drugs cheats is nothing short of disgraceful.

23. Massimiliano Iuliano
Chief operating officer at Comosa AG, the Swiss-based company that launched and runs the World Boxing Super Series. With a background in finance and sports and event marketing, he has worked mostly in football and tennis before joining Comosa’s management in 2017.

22. Richard Schaefer
The former Swiss banker had an enforced hiatus from the sport after an ugly divorce from Golden Boy, where he was CEO. When he was there Golden Boy were the biggest company in the world, but the split harmed both Schaefer and Oscar De La Hoya’s company. Now heading up Ringstar, his chances of becoming one of the real big hitters in the sports again depend largely on the hopes of his upcoming talent, including heavyweight, Tony Yoka.

21. Lou DiBella
The former attorney, turned head of HBO boxing, turned promoter remains a significant face in the business, as a promoter, matchmaker, manager, cheerleader and part of Al Haymon’s PBC group. His own firm, DiBella Entertainment, remains busy putting on shows away from the bright lights in New York, Ohio and DiBella’s local venue of Foxwoods.

Recap on part one HERE and part two HERE