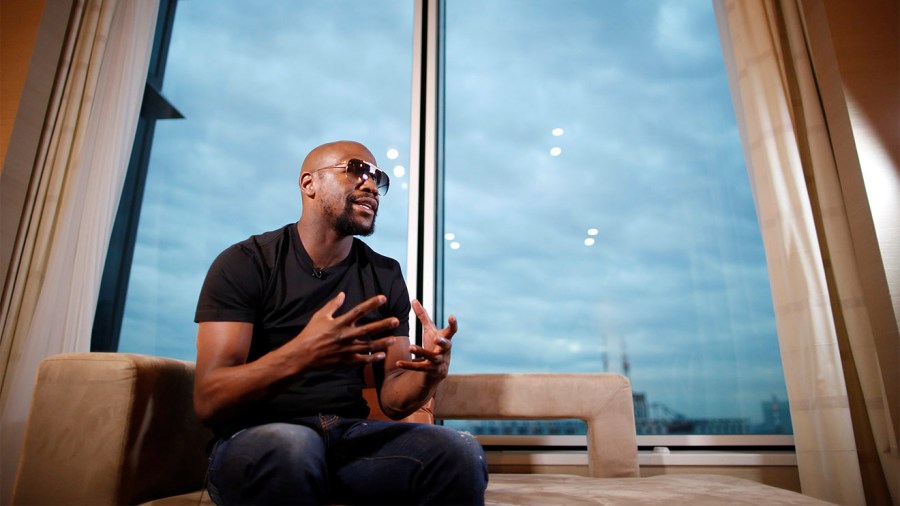 20. Shelly Finkel
One of the great survivors in the industry, Finkel, the former music promoter turned boxing dealmaker, is now part of the fabric of the business, particularly the heavyweights. He was there until the bitter end with Mike Tyson, he turned up as part of the Klitschko camp during the brothers’ reigns and now he is right there with Deontay Wilder, being the public face of the Wilder’s negotiating team.

19. Margaret Goodman
The biggest problem facing boxing right now is doping, a problem made worse by the pathetic lack of centralised governance in the sport, especially in the United States. With VADA, Goodman, a former chief medical officer for the Nevada commission, has made boxing take doping seriously and shone a light on the chronic abuses that are allowed to go on. If boxing’s authorities ever impose proper penalties is another matter entirely.

18. Akihiko Honda
Honda has spent more than half a century in top-level boxing, having guided Masao Ohba to become his first world champion when he was just 22. Now 71, Honda is the man behind the famed Teiken gym brand and is probably more responsible than anyone for the present golden era of Japanese boxing. Among his current group of stars are Ryota Murata, Ken Shiro and Masayuki Ito, plus he is the man behind the scenes for Naoya Inoue.

17. Floyd Mayweather
Was top of the pile the last time this list was compiled five years ago. Then he was the pound-for-pound king and what he said went. He still has a stable of top fighters, notably Gervonta Davis and Badou Jack, but his team is now one of the smaller cogs in Al Haymon’s empire, although the furore around his “exhibition” with kickboxer Tenshin Nasukawa in Japan on New Year’s Eve shows he is still capable of making headlines.

16. Oscar De La Hoya
While Golden Boy remain one of the big players in boxing, De La Hoya’s role, beyond that of figurehead, is not so certain. Last year, when Golden Boy ran an MMA show, De La Hoya’s performance at the press conference, when he forgot names and looked completely confused, was widely ridiculed. Not knowing much about MMA is understandable, but while Richard Schaefer effectively ran the company before their ugly split, De La Hoya seems to leave the day-to-day to others and saves his best moments for being Canelo Alvarez’s biggest cheerleader, although even that relationship seems on the rocks. “The end of pay-per-view,” De La Hoya roared, when Canelo signed his mega deal with DAZN, showing he still has a good touch as a salesman.

15. Anthony Joshua
Until June 1, things had gone pretty much to plan. Olympic gold medal, three world heavyweight titles and fast becoming the biggest global brand in the sport. Then came Andy Ruiz Jnr and a reminder that anything can happen in boxing, particularly if you start to believe your own hype. Joshua’s win in the rematch put him back on top, for now. His standing would soar if he demanded the fight with Wilder (he has the power to do so) and won.

14. Mauricio Sulaiman
Being president of a world sanctioning body is a balancing act. But the myriad belts are a problem. The introduction of “franchise champions”, essentially a big name freed from any mandatory commitments is a seriously backwards step. To Sulaiman’s credit, he does listen. The WBC has led the way on safety and doping, even if some believe that their handling of the Mexican clenbuterol scandal has been poor at best.

13. Burke Magnus
ESPN has been a player for years, but the recent commitment to a huge deal with Top Rank has put the sport centre stage on the network. Magnus, the executive vice president of programming and scheduling, saw boxing’s potential. “Boxing has been underpromoted, undermarketed and underexposed for a long time,” Magnus said. In a TV war with PBC and DAZN, ESPN’s commitment has not lacked so far.

12. Bob Yalen
MTK has become a world power with an ever-growing roster that now includes Tyson Fury, Carl Frampton, Billy Joe Saunders and Michael Conlan. Yalen was a high-profile appointment as MTK’s president in 2018. He has worked at NBC and ESPN, he was a director at the Mohegan Sun and was on the ratings committee of the WBC. And he is truly taking MTK global, with a TV deal with ESPN+ and shows as far away as Dubai.

11. Prince Abdulaziz bin Turki Al Faisal
After making big steps with a WBSS final and an Amir Khan bout, staging the Andy Ruiz-Anthony Joshua rematch showed Saudi Arabia is capable of competing with anyone – at least when it comes to financial clout. Prince Abdulaziz is chairman of the General Sports Authority, which is responsible for the country’s investment in sport.