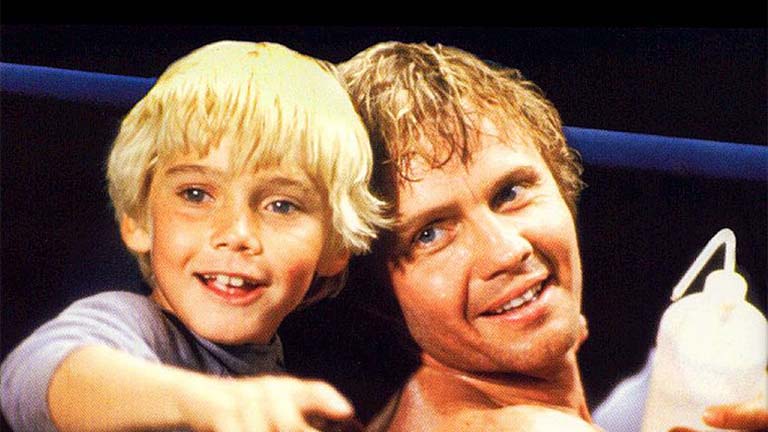 From the ridiculous to the sublime, Matt Bozeat rates the best (and worst) fight films, from 50 down to 1. Read part three here

30. SNATCH (2000)
Former British and Commonwealth heavyweight champion Scott Welch gets a part in this Guy Ritchie-directed Brit Flick based on the fixed unlicensed fight between pro Johnny Waldron and underworld enforcer Lenny McLean that went wrong. Or right, depending on how you look at it.

28. THE RING (1927)
There’s plenty of symbolism and a part for Bombardier Billy Wells in this early Alfred Hitchcock silent. Hitchcock used to enjoy a night at the boxing and came up with this, a very watchable, if fairly predictable, love triangle.

27. THE GREAT WHITE HOPE (1970)
This telling of the Jack Johnson story stars James Earl Jones as black heavyweight Jack Jefferson, who white America desperately seeks to put back in his place.

26. MILLION-DOLLAR BABY (2004)
On its release, Million Dollar Baby, starring and directed by Clint Eastwood, was considered ground-breaking, a film about a woman boxer. Everything else about Million Dollar Baby, based on a short story by FX Toole, is a cliché. For me, it’s a boxing story written by someone whose knowledge of the sport came from other boxing stories. Still, the critics loved it.

25. THE CHAMP (1979)
So, you think you’re tough? Being able to fight is one thing, being able to sit through this without shedding a tear quite another… Billy Flynn (Jon Voight) is a former champion who decides, at the age of 37, to fight again after finding the strongest of motives to leave his gambling-and-party lifestyle behind him. The need to give his son, TJ (Ricky Shroder) a good life. Often, The Champ, which features Randall Cobb in the climactic fight, hints at a happy ending. There is’t one. You have been warned.

24. CREED II (2018)
Remember Rocky IV? Rocky Balboa (Sylvester Stallone) has to fight Russian baddie Ivan Drago (Dolph Lundgren) after Drago punches Appollo Creed (Carl Weathers) to death in an exhibition. Rocky wins – proving once and for all that America is better than Russia – and three decades on Creed Jnr (Michael B Jordan) and Drago Jnr (Florian Munteanu) clash. HBO commentator Jim Lampley says the storyline behind their meeting is “Shakespearian” and certainly, this is one of the better Rocky movies. According to Stallone, it’s also the last.

23. SOUTHPAW (2015)
Billy Hope (Jake Gyllenhaal) has it all – and then loses it all after his wife and soulmate Maureen (Rachel McAdams) is shot and killed during a row with Hope’s rival Miguel Escobar (Miguel Gomez) that gets out of control. At that point, you know Hope and Escobar will share a ring and have a good idea who will win, but, as with all the best boxing movies, Southpaw is about more than what happens in The Big Fight At The End. The real story here is of Hope’s fight to keep himself together and win back his daughter, Leila (Oona Lawrence).

22. STREETS OF GOLD (1986)
Good story as Alek Neuman, a disgraced former Russian amateur champion played by Klaus Maria Brandauer, finds his redemption by training a pair of New York street kids to compete against, who else, the Russian amateur team.

21. ROCKY II (1979)
Rocky Balboa (Sylvester Stallone) seemed content to retire after doctors warned he could lose his sight if he carried on fighting – until wife Adrian becomes pregnant and Apollo Creed (Carl Weathers) launches a campaign to drag him into a rematch.

Recap on part one HERE and part two HERE