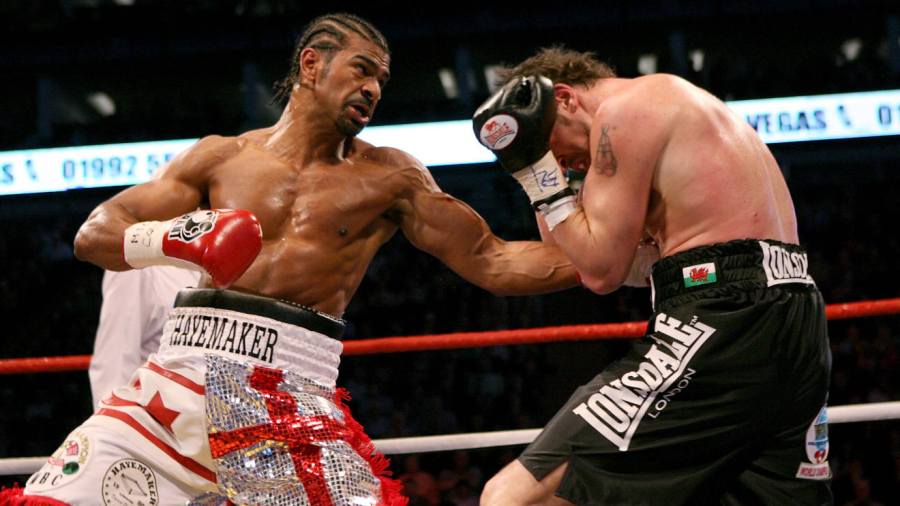 With Richard Riakporhe and Deion Jumah set to collide this weekend, we take a look at some other all British cruiserweight fights that left their mark

1. David Haye vs Enzo Maccarinelli
Although not a classic fight, Haye’s two-round demolition of Maccarinelli in 2008 was notable for being a cruiserweight unification clash between two British world champions in their fighting primes.

2. Johnny Nelson vs Carl Thompson
Known for its controversial ending, Nelson’s fifth-round stoppage of Thompson in 1999 landed the Sheffield man the WBO cruiserweight title and sent Thompson home in a rage.

3. Carl Thompson vs David Haye
At 40 years old, Thompson was deemed over the hill and cherry-picked when facing Haye, then unbeaten, in 2004. Yet Thompson stopped and derailed the exhausted favourite inside five rounds.

4. Enzo Maccarinelli vs Mark Hobson
This back-and-forth slugfest between Maccarinelli and Hobson took place in 2006 and neither gave an inch. The fight was won in the end by Maccarinelli but Hobson gave a great account of himself.

5. Carl Thompson vs Terry Dunstan
After losing against Johnny Nelson in March 1999, Thompson came roaring back in a thrilling fight against Dunstan, winning the vacant British cruiserweight title with a dramatic 12th round stoppage.

6. Carl Thompson vs Chris Eubank
In 1998, Eubank bravely made the move to cruiserweight, where he challenged and twice lost against WBO belt-holder Thompson. The first fight ended in a decision, the second in a ninth-round retirement.

7. Ola Afolabi vs Enzo Maccarinelli
Relatively unknown and avoided for much of his career, US-based Londoner Afolabi crashed the UK scene in 2009, outboxing and stopping Welsh favourite Enzo Maccarinelli in the ninth round of a WBO title fight.

8. Tony Bellew vs Nathan Cleverly
The first fight between Bellew and Cleverly, at light-heavyweight in 2011, was better than their cruiserweight rematch but the 2014 rematch was important, especially for Bellew, who got his revenge.

9. Enzo Maccarinelli vs Bruce Scott
A battle of punchers, Maccarinelli’s 2003 shootout with Scott was never likely to go long, yet that didn’t make Enzo’s finishing hook any less shocking when it ended the fight in round four.

10. Sammy Reeson vs Stewart Lithgo
While not the biggest names, nor the biggest fight, the 1985 battle between Reeson and Lithgo was the first ever fight for the British cruiserweight title and was a fight won by Reeson on points.

We spoke to Deion Jumah here