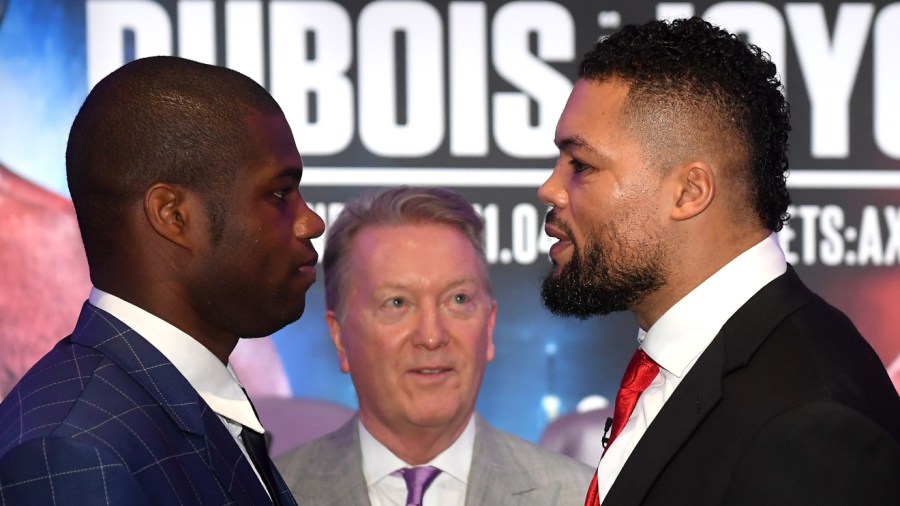 Joe Joyce powered past Stiverne in six sessions to successfully retain the Commonwealth heavyweight crown in February last year. Stiverne had previously reigned as WBC champion from 2014 to 2015.

In July 2019, Jennings became the first and so far only fighter to take Joyce the distance. After 12 competitive rounds, “The Juggernaut” was awarded a unanimous points victory. Jennings also lasted the full course against then-unified heavyweight king Wladimir Klitschko in 2015.

On the same show as Joyce-Jennings was a much-anticipated clash of unbeatens between Gorman and Daniel Dubois. The man appropriately nicknamed “Dynamite” prevailed via fifth-frame KO to secure the vacant British heavyweight belt.

As seasoned and durable as they come, former WBC heavyweight title challenger Johnson was able to reach the final bell against Dubois in October 2018. Johnson may have dropped a near-shutout decision, yet no one else has avoided an early defeat against Dubois so far.

Less than two years after challenging for the WBO heavyweight strap, Cojanu was blown away in just under six minutes by Dubois in March 2019.

Thomas, who had claimed Commonwealth heavyweight honours by beating Dave Allen, lost the title to Joyce on a second-round knockout in May 2018 in what was only the fourth fight of Joe’s professional career.

Following KO losses versus Adam Kownacki and Hunter earlier in the year, Kiladze suffered another such reverse against Joyce in September 2018. The end came in the fifth.

Joyce’s most recent outing four months ago resulted in a third-round stoppage triumph over Wallisch, whose only previous defeats had come at the hands of Christian Hammer, Efe Ajagba and Tony Yoka.

Two minutes and 25 seconds was all it took for Joyce to ruthlessly dispatch Hanks in December 2018, which was quicker than Andy Ruiz Jnr managed.