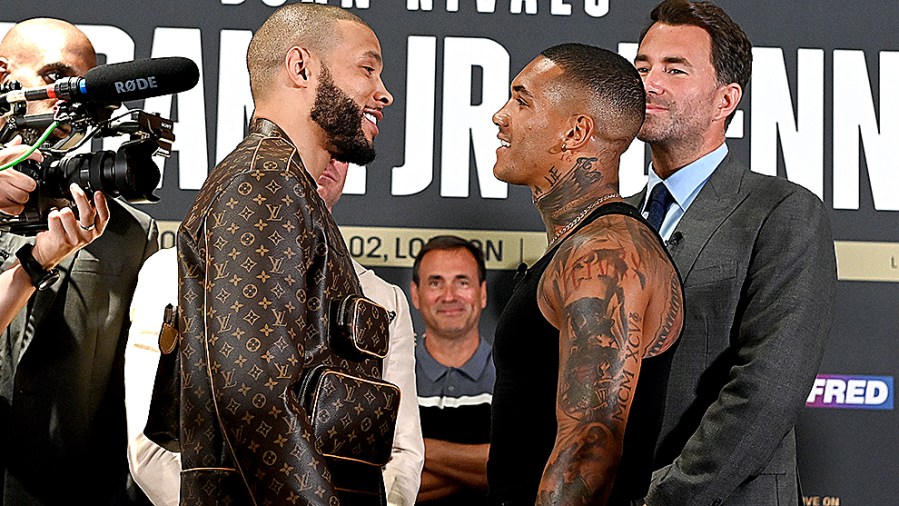 As thrilling as it is, Chris Eubank Jnr and Conor Benn meet at a strange time in their respective careers. Here are their 10 best wins to date…

Though a shadow of his former self, Degale still represents the standout “name” on the Eubank record and, in beating him via decision in 2019, Eubank was arguably at his aggressive and all-action best.

Eubank’s most recent victory (back in February) looked to be the most explosive of his career when he dropped Williams twice early. Yet, for whatever reason, Eubank eased off and chose to settle for a wide points win instead.

Yet another fighter past his best by the time Eubank got hold of him, Abraham was a former middleweight and super-middleweight belt-holder who was all out of steam come 2017, the year he lost a decision to Eubank.

In what was his final fight as a pro, Algieri, who had clearly seen better days, was mauled by Benn for three rounds before being knocked out in the fourth.

This was an early breakthrough moment in the career of Eubank and saw him impressively grind down Chudinov, unbeaten at the time, before taking him out in the 12th round. It was for a time the best win of his career.

In terms of capturing Eubank at his most ruthless, you’ll be hard pressed to find a better example of this than a 2017 destruction of Yildirim. That night he was determined to make short work of his Turkish opponent and he did, stopping him in the third.

Similar to Eubank against Yildirim, this was an example of Benn attempting to not only beat an also-ran but demolish him in style. He did just that, too, running through Vargas inside the first round of their 2021 fight.

Last time out in April Benn made quick work of Van Heerden, beating him up early and ending his night in the second round. Short of world-class even at his best, the South African was, at 35, no match for Benn.

While perhaps the most frustrated Benn has looked in recent times, his 2021 decision win over the negative Granados, someone who has challenged many top fighters, was a good learning experience all the same.

A spicy affair, which saw both engage in trash talk, Eubank was clearly full of spite when forcing O’Sullivan to retire after seven rounds of their 2015 fight.