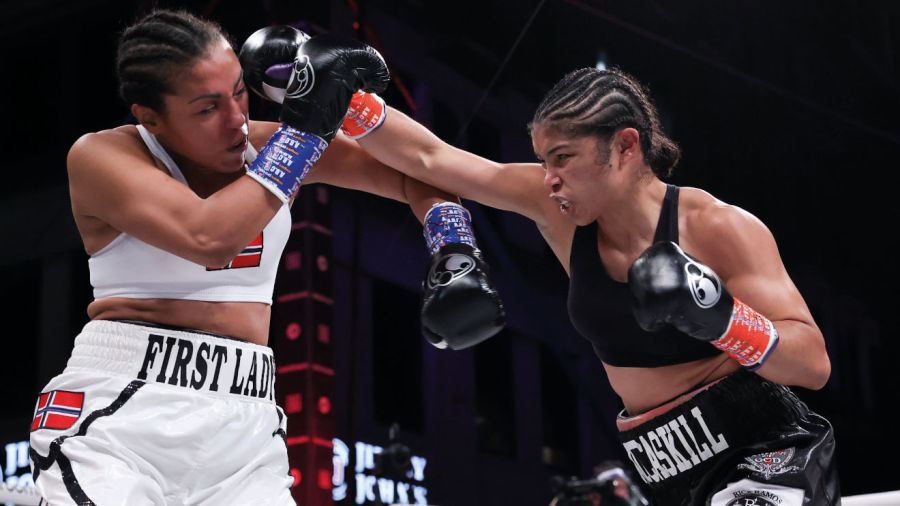 “Il Capo”, or “The Boss”, was a nickname given to Chantelle Cameron by the wife of her trainer, Jamie Moore, and does a decent job of describing the control she has in both the ring and the gym, which she entered as Moore’s first female boxer in 2019.

The aggressive and relentless Jessica McCaskill more than lives up to her nickname and has in fact used her no-nonsense style to win all the titles at welterweight, having won her first world title as a super-lightweight.

Call me a purist, but I quite liked it when a young Claressa Shields went by the nickname “T-Rex” and chewed up the opposition. Nowadays, of course, so great is her confidence, she calls herself the Greatest Woman of All Time (GWOAT) and few will argue with that.

Anyone who saw Alycia Baumgardner drop the proverbial bomb on Terri Harper last year will understand why the American’s nickname makes complete sense. As well as it combining nicely with her surname, Baumgardner has proven, with seven knockouts from 12 wins, that she can really punch.

Unbeaten in 22 pro fights, Seniesa Estrada is the WBA minimumweight belt-holder and a fighter, according to both her nickname and the James Brown song, so bad she’s good.

Jackie Nava, the “Aztec Princess”, is something of a hero in Tijuana, having flown the flat for that part of Mexico since 2001, winning world titles at both bantamweight and super-bantamweight. Now 42, she continues to ply her trade at the very top.

Scotland’s Hannah Rankin, the current WBA super-welterweight belt-holder, might not be the world’s biggest knockout artist, but she has enough strength and endurance to ensure she both makes an impression on her opponent and lives up to her nickname.

The nickname Franchon Crews-Dezurn chooses to use in her professional career does exactly what it says on the tin. Known for her big personality, Crews-Dezurn also happened to win her second pro fight in just 29 seconds.

It’s not the most inventive, nor the most intimidating, but Natasha Jonas’ nickname of “Miss GB” is noteworthy because it represents a nod to her amateur career, something many pros are quick to forget once punching for pay.

Casey Morton has fought all over the world in her pro career, from America and Mexico to the Philippines, China, Japan and France. Never, though, has she fought in Hawaii, her place of birth place and also the inspiration behind her ring moniker.