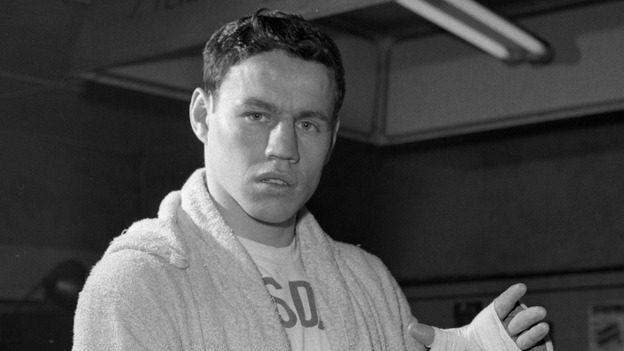 At this year's Edinburgh Fringe Festival, James McNicholas recounts the life and career of his grandfather, Terry Downes, in 'The Boxer'

MY grandfather, Terry Downes, is remembered as a fantastic fighter, but also as one of the sport’s great characters – so it shouldn’t be altogether surprising that I’ve chosen to make a comedy show about his life.

Terry was always armed with a clever quip as well as a stiff jab, and many of his one-liners have gone down in boxing folklore. After losing an early fight to Dick Tiger, a reporter asked who he wanted to fight next. Quick as a flash, Terry replied, “The bastard who made that match.”

My show, ‘The Boxer’, tells the story of Terry’s life: the cockney kid who became a US marine, before returning to Britain and ultimately becoming a world champion. It tracks his career from his first professional fight against Peter Longo until his last against Willie Pastrano. It also touches on what it’s like to inherit that kind of legacy – and how it feels to be the grandson of a brave boxing icon when you once hospitalised yourself trying to put a contact lens in.

I’m no fighter myself. I’ve been a comedian and actor for my whole adult life, but Terry even manages to outdo me in my chosen field. After he retired from boxing, he had a crack at acting and went on to be in five films. That shouldn’t be a great surprise. After all, Terry was a proper star: born for the ring but equally at home on the stage. All fight fans are welcome to come along and relive some of his finest moments.

‘James McNicholas: The Boxer’ is on at the Pleasance Courtyard for the duration of the Edinburgh Fringe Festival. For tickets visit pleasance.co.uk or call 0131 556 6550.