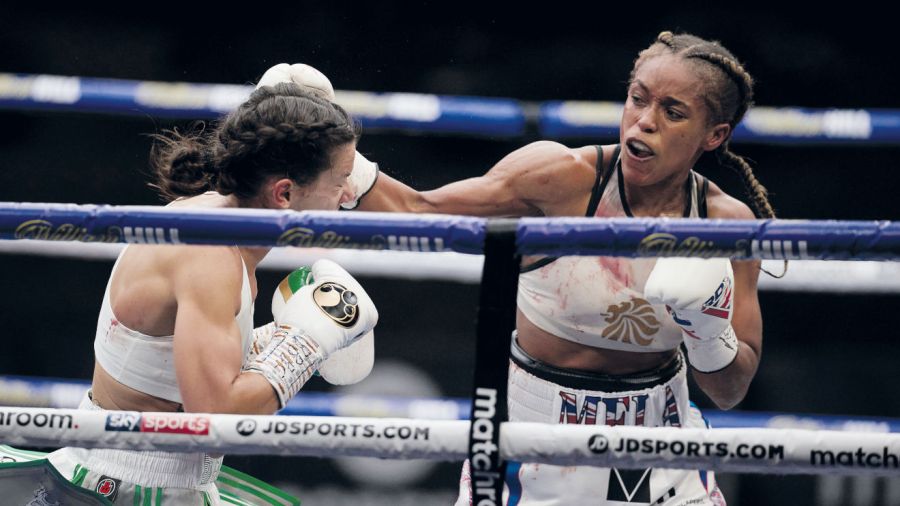 Natasha Jonas and Terri Harper should be championed for their ability, not their gender writes Matt Christie

SOME Boxing News readers don’t like women’s boxing. That’s fair enough. Just last week we received a letter from a long-time subscriber who has decided not to renew their subscription because of increased coverage of ladies fighting in the magazine. It’s more important than ever before that we retain as many subscribers as possible, therefore it’s my duty as editor of Boxing News to listen to the views of any readers who don’t like what we’re doing. Important too, as we move forward in a changing world, to ensure that the BN brand is fair, balanced and promotes equality in all aspects of the sport.

For many fans, the first time they regularly saw women box was in the Christy Martin-Jane Couch-Lucia Rijker era. There were plenty of good fights back then. But there were more woeful mismatches. Contests made where one could box at a high standard and the other could not box at all. Unfair fights are ugly at any level, they’re dangerous and distasteful and there were too many of them cropping up in the female code simply because there was not enough skilled women boxers out there to sustain regular competitive action.

“The woman’s body is not designed to take punches,” another regular reader wrote to tell me a few years ago. That is true. But if they can also tell me that the male body is designed to take punishment then the point they’re trying to make is worthwhile. Fact is, however, no human being is built to withstand punishment. The fate of countless male boxers – badly damaged or in some cases killed as a consequence of taking too many blows to the head – is testament to that. This sport is barbaric and brutal whichever way you look at it and that, as diehard fans of boxing, is something we were forced to come to terms with a long time ago.

In recent years, after significant strides were taken at amateur level, the quality of women’s boxing has improved. On Saturday night in Brentwood, Natasha Jonas and Terri Harper produced a terrific scrap over 10 rounds while headlining Matchroom’s latest show on Sky Sports. It was exciting and laced with courage and skill. Yet the overwhelming narrative – before, during and afterwards – was the gender of the two fighters. It’s of course important to separate the men’s game from the women’s, and to champion progress, but time, I believe, to stop referencing the sex of the boxers every two minutes when ladies collide. Highlighting what is blatantly obvious, that it is two women boxing ‘and by golly, aren’t they doing well’, only makes the quest for acceptance harder to attain.

There is a long way to go. One only has to look at the horrific mismatch between Seniesa Estrada and Miranda Adkins on a Golden Boy Promotions show last month as evidence of the problems that remain. It is spectacles like that which repulse and make the criticism difficult to brush off as mere sexism. As in men’s boxing, promoters and matchmakers have a duty of care. All efforts must be made to remove the blatant mismatches from our sport. As a general rule, if a suitable opponent cannot be found, then a fight should not be taking place.

Further arguments have arisen about female boxing. The two-minute rounds, the maximum 10-round distance for world title fights, the discrepancy in pay. The length of fights is open to debate but if boxers have been trained to fight in two-minute rounds for most of their careers, upping that to three is a bigger step than one may presume. And the debate over pay should come down only to this: The financial reward must be governed by the level of interest that the fight is generating, be that via televsion audiences or ticket sales, whatever sex the fighters generating that interest might be.

For women to be that star attraction regularly and to gain the respect their efforts deserve, the contests have to be well-matched and those of us compiling the storyline should highlight they’re topping the bill simply because it’s a good fight. After all, a good fight is a good fight, irrespective of gender.