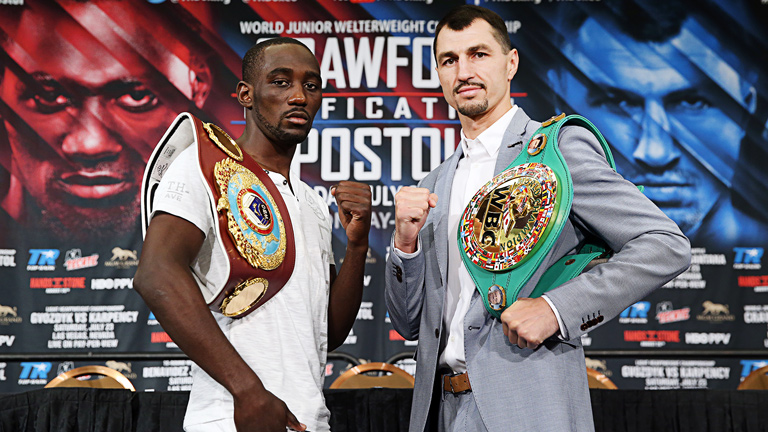 IN one of the most competitive fights of the year, WBC super-lightweight champion Terence Crawford will meet WBO champion Viktor Postol at the MGM Grand in Las Vegas, Nevada on Saturday (July 23). Postol is considered the best at the weight due to his upset win over Lucas Matthysse last year, though Crawford – a former lightweight world champion – is one of the most talented boxers on the planet.

HBO will show the fight on pay-per-view in America, a decision criticised by some who argue neither fighter are well-known enough yet to warrant boxing behind a paywall. Their coverage starts at 9 PM ET, 6 PM PT. BoxNation have picked up the TV rights in the UK, their coverage starts at 2am though the main event won’t start until a few hours later.