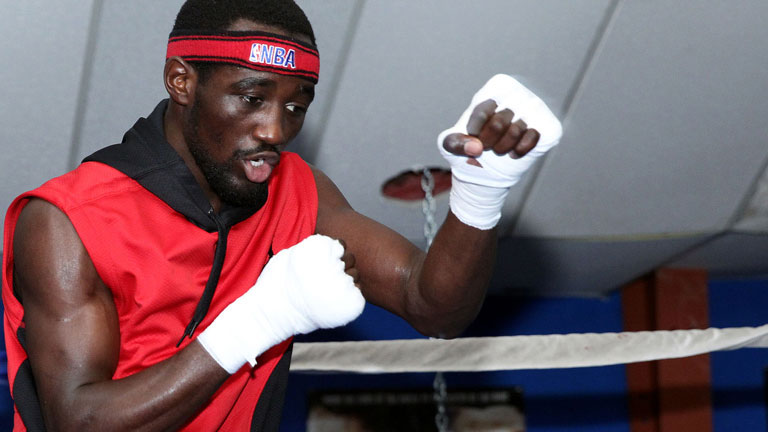 TERENCE CRAWFORD will defend his WBC and and WBO world super-lightweight titles against Olympic gold medallist Felix Diaz at Madison Square Garden on May 20.

The fight has been reported for a while but Crawford’s promoters, Top Rank, confirmed the news earlier today and revealed that the two fighters will take part in a press conference next week to officially announce their clash.

HBO will broadcast the fight in the US, which is being staged by Top Rank and Diaz’s promoter, Lou DiBella.

A former lightweight world champion, Crawford moved up to super-lightweight in 2015 and last year unified the division by soundly outpointing Viktor Postol. His last outing was in December when he thrashed John Molina inside eight rounds.

Diaz – who won gold at the 2008 Olympic Games – suffered a controversial points loss to Lamont Peterson at welterweight in 2015 but bounced back with a comprehensive win over then-unbeaten Sammy Vasquez.

DiBella claims Diaz has been forced to fight at welterweight in the past as nobody at 140lbs wanted to fight the talented Dominican.

Crawford, widely regarded as one of the best fighters in the world, has been scheduled to box on May 20 for a while but no opponent had been confirmed until today.

He has been touted as a potential opponent for Filipino superstar Manny Pacquiao – also promoted by Top Rank – for some time. However Manny, who was in talks to fight Amir Khan next, has still not finalised his next move.