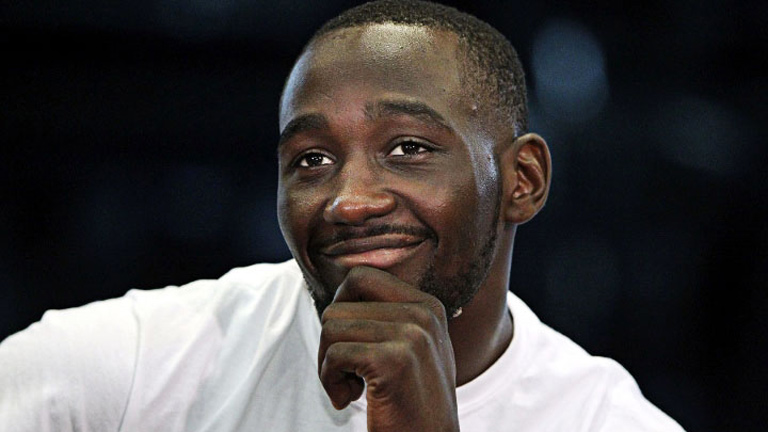 The unbeaten WBO super-lightweight champion will meet WBC champion  Viktor Postol in a tantalising unification fight at the MGM Grand in Las Vegas on July 23.

He will be headlining his first pay-per-view (HBO) card in America, and hopes a conclusive victory over the Ukrainian will propel him on to bigger stages.

“It is an honor to fight in Las Vegas, especially at the MGM Grand where so many historic fights have taken place and so many great fighters have made their mark,” he said.

“It’s the same way I felt when I headlined my first card at Madison Square Garden earlier this year. Many fighters dream of fighting on such a big stage but it’s something you have to earn. I have worked very hard to get to this point in my career — to earn the right to headline my first pay-per-view event. I can’t think of a better place to do it than in the Fight Capital of the World.

“It’s very exciting, but I need to keep my eye on the ball. There will be a lot of hard work to do in training camp to make my pay-per-view debut successful. This isn’t just opening night for a new phase of my career. I want this to be the beginning of a long run as boxing’s next pound for pound star and a worthy successor to Manny Pacquiao and Floyd Mayweather.

The vastly talented switch-hitter is widely considered as one of the best fighters in the sport, and a win over Postol – who is coming off a huge stoppage victory against Lucas Matthysse – would certainly enhance his standing in the sport.

His trainer, Brian McIntyre, is drawing confidence from the impressive performances his charge has turned in against the likes of Ricky Burns, Yuriorkis Gamboa and Thomas Dulorme.

“Fighting in Las Vegas in the main event and headlining a pay-per-view is a tremendous honor. Years ago I never imagined we would get to this point,” he said.

“We are representing Omaha on the biggest stage boxing has to offer and Terence is not about to let his hometown down. He is proud to represent Omaha and he will be carrying that pride in his heart and soul when he enters the ring on July 23 and beats Viktor Postol.

“We know we are in this position because of hard work and more hard work. And with hard work came success, success that produced an undefeated record against the best fighters and two world titles in two different divisions. No one has ever been able to outthink or outfight Terence and that’s a lesson Postol is going to learn the hard way — in front of a very big audience.”