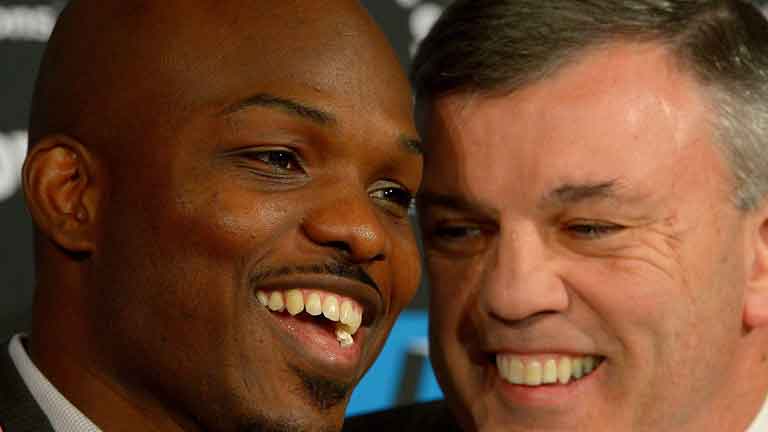 Ahead of Manny Pacquiao-Timothy Bradley III, Teddy Atlas states that it is all about the fighters

AHEAD of the third fight between Manny Pacquiao and Timothy Bradley in Las Vegas this Saturday (April 9), the latter’s trainer, Teddy Atlas, has rubbished claims that his well-documented rivalry with Pacquiao’s coach, Freddie Roach, has overshadowed the bout itself in the lead-up.

“It’s about the fighters,” Atlas stated bluntly. “It’s not about me or Freddie. Trainers don’t have to make weight like the fighters. I could go and eat a cheeseburger from McDonald’s right now if I wanted to. The fighters make big sacrifices. They take a risk every time they get in that ring. It takes tremendous bravery and special traits to be able to get in that ring – not just physical traits.

“As a trainer, I have to prepare my fighter to do something that’s really the antithesis of what nature wants us to do. People naturally want to avoid risk and confrontation, but fighters have to do the opposite of that. It’s not normal.”

Although Atlas does not see eye to eye with Roach, the forthright New Yorker is adamant that he is not motivated by the possibility of getting one over his counterpart.

In preparation for the welterweight 12-rounder this weekend, Atlas remarked that he and Bradley had been studying Pacquiao’s past contests closely, and not just the two previous encounters that Timothy has had with Manny.

“The Floyd Mayweather and [most recent] Juan Manuel Marquez fights made sense for us to look at, as they’re two guys who gave Pacquiao some problems,” said Atlas. “Manny wins his fights because of pure talent. He’s a freak – the combination of speed and power that he has, it’s uncommon.

“Before a storm comes, the air gets sucked out of the place. You can feel it. Similarly, before an explosion of ability and punches comes from Manny, there’s something preliminary to that. We’re aware of these things. Now we have to do something about it on April 9.”