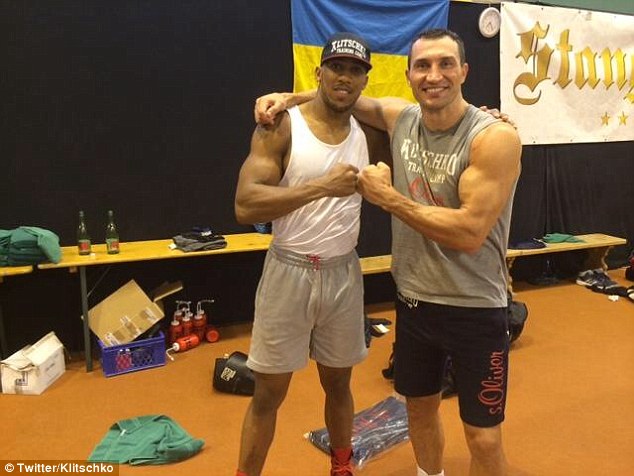 MATCHROOM BOXING, the promotional team behind IBF and WBA heavyweight champion Anthony Joshua, have moved to pave the way for a rematch with Wladimir Klitschko.

Joshua rose from the first knockdown of his career to stop Klitschko in the 11th round of a heavyweight classic at Wembley Stadium last month.

Klitschko, the former division ruler, has a contractual right to a rematch but is currently on holiday with his family, after which the 41-year-old will make a decision on his future. His manager, Bernd Boente, believes the two options are retirement or a rematch with Joshua.

However, Joshua has IBF mandatory obligations – in the form of Kubrat Pulev – that could get in the way of a Klitschko rematch.

As such the IBF confirmed to Boxing News that last week Matchroom put in a mandatory exemption request on behalf of Joshua, to ensure a rematch with Klitschko for both belts can occur.

Eddie Hearn, Joshua’s promoter, recently told The Independent that he expects the rematch to go ahead: “We are presuming Klitschko wants the rematch and that is what I believe. I believe he will.”

Hearn also previously revealed to BN that a Klitschko rematch is the fight he wants next for Joshua as it is “the biggest fight out there for Josh, other than the [Tyson] Fury fight.”

The IBF expect a response from Pulev’s promoters, Team Sauerland, today. The Sauerlands can choose to object the exemption, and if Joshua were to go ahead with a Klitschko rematch under such circumstances, he would be stripped of the IBF title and Pulev would fight Carlos Takam, the next available contender, for the vacant belt.

However, Matchroom have a very good working relationship with the Sauerlands, and it is likely the two teams will reach an agreement.

The IBF themselves will discuss the exemption at their convention next week and make a decision over whether or not to grant it, should the Sauerlands accept it too.

A potential Joshua-Klitschko rematch has been earmarked for late October or November this year, with Cardiff’s Principality Stadium in Cardiff the current front-runner due to its retractable roof.