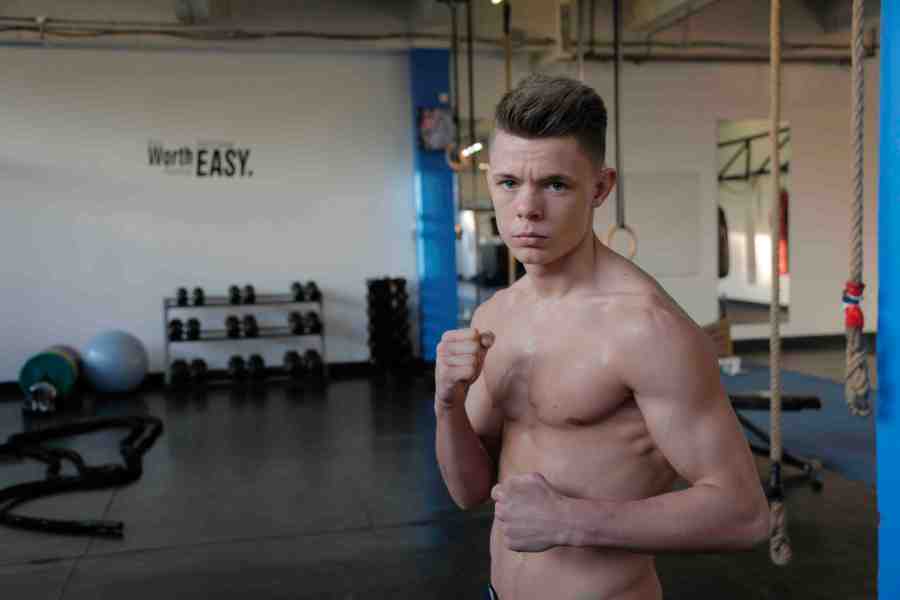 Charlie Edwards tells John Dennen how to train like a pro

“I’VE stepped it up a lot since the amateurs,” Charlie Edwards tells Boxing News. The flyweight makes his professional debut at the O2 in London on January 31. Here, in his own words, he describes how to train like a pro:

On a Monday I leave my house at nine o’clock and go down our new gym in Hackney, which is called Champions TKO Boxing Gym. In that session we start warming up, flexing out, get loose. Go straight on to my skipping circuit, which will be five rounds, three minutes each round, so five three minute rounds on skipping. We do knees up for 15 seconds, we do sprints for 15 seconds flat out, then normal for 15 seconds, then 15 second doubles. That makes one-minute, do that three times which makes one round. As soon as you finish that round you drop down and do 20 push ups, 20 sit ups, 20 squat thrusts, 20 V sit ups and then 20 squats. Then you’re on to the next round.

After that I get my hands wrapped up and go into five rounds of shadow, working on all different sorts of new skills that I’m working on. If we’ve got sparring, then I’ve been doing eight rounds straighaway. We have had good sparring lately where we’ve had four different opponents where I get two with each, so they’re fresh opponents coming in. So it’s really helping me get my fitness.

After that sparring we go straight on the pads. We don’t really do rounds on the pads as such. We’re on there for half an hour working through things. We stop here and there. After that we’ll jump on to the bags. If we’ve sparred, I’ll do four rounds on the bags, just to finish off, because we’ve done pads. After that we go into a groundwork routine which Brian O’Shaughnessy sets. Every time it’s a killer. My session takes about two and a half, three hours.

On Tuesday I’ll wake up at eight o’clock, go for my six mile run. It takes about 45 minutes, a steady pace but I run quite fast, I’ve always been quite a fast runner. It’s quite a sustained, steady pace. It’s not a plod.

Then Thursday same again as Tuesday.

Saturday I occasionally have a rest day but if not I’ll be doing an even lighter slowed down version of my run, which is a four-miler.

On Sunday I’ll do my hill and step runs. It takes forty-five minutes and it going down steep country steps, it’s by Box Hill, up a hill, you turn round and you do it again. We do that six times. It takes us 45-50 minutes, six times up and down.